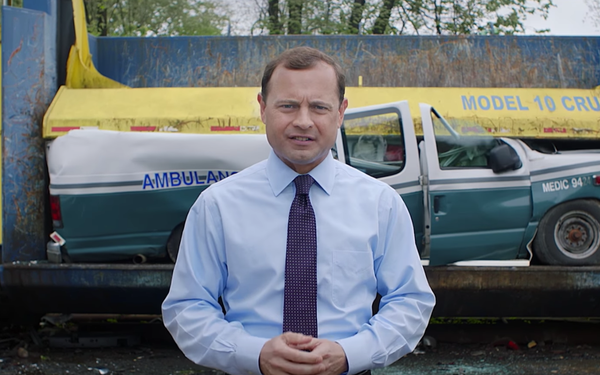 The passage of the American Health Care Act (AHCA) through the U.S. House of Representatives has created an advertising face-off between supporters and opponents.

This new buy will run in 21 districts and tout legislators’ support for the AHCA. The TV ads appear largely uniform until the end — when viewers are asked to thank their particular member of Congress: “Thank Congressman David Valadao for fighting for healthcare we deserve.”

Only Republicans who supported the bill will be the beneficiaries of a $7 million fund, which AAN is using for healthcare-related ads over the next few months.

Democratic candidates have also addressed the AHCA, attacking the loss of coverage and affordability.

For instance, former Congressman Tom Perriello, a candidate for Governor of Virginia, released an ad in which he speaks proudly of his vote for the Affordable Care Act (Obamacare). Ambulance shows Perriello speaking in front of an ambulance being crushed by a compactor -- a scene he uses as a metaphor for what Republicans will do to affordable health care.

Business Insider noted the poll could mean a big loss for congressional Republicans in the 2018 midterms: 54% of respondents said they wanted Democrats to win control of the House of Representatives, compared to 38% who want Republicans to maintain it.