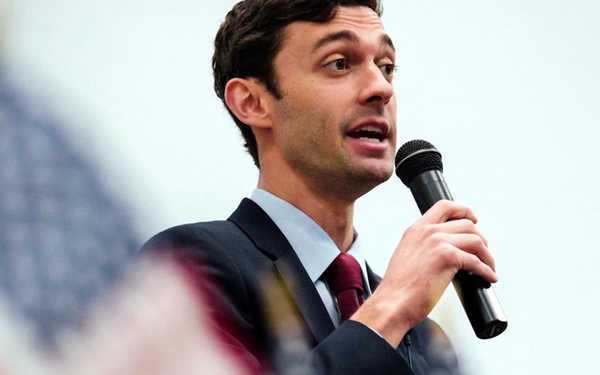 The special election in the Georgia 6th district will serve as a bellwether of post-2016 sentiment, as well as President Trump’s first few months in office. Following a better-than-expected Democratic showing in the first federal election since 2016 in Kansas, where the GOP squeaked out a victory, more groups are keen on backing Democratic candidate Jon Ossoff in Georgia.

The TV portion of the campaign includes a 30-second spot highlighting Ossoff’s support for the Affordable Care Act (ACA), contrasting that with the unsuccessful American Health Care Act (AHCA). The ad ends with: “On April 18, let’s send a message to Donald Trump. Vote for Jon Ossoff.”

On the digital front, MoveOn is targeting likely voters in Georgia’s 6th district.

“Ossoff is the sort of progressive champion—strong on both racial justice and economic justice—who can channel resistance movement energy into progressive volunteers and votes. Republicans have done him a big favor with their efforts to repeal the ACA and kick tens of millions of people off of their health care,” Anna Galland, interim executive director of MoveOn.org Political Action, quotedin a piece on the organization’s site.

The focus on the ACA and failed AHCA follows a poll commissioned by MoveOn showing the top issue for Georgia 6th likely voters is health care. The poll also has Ossoff with a strong lead in the open primary and tied with top Republican candidate Karen Handel in a runoff.

Ossoff has out-raised all candidates, collecting more than $8 million with $2 million-plus on hand.