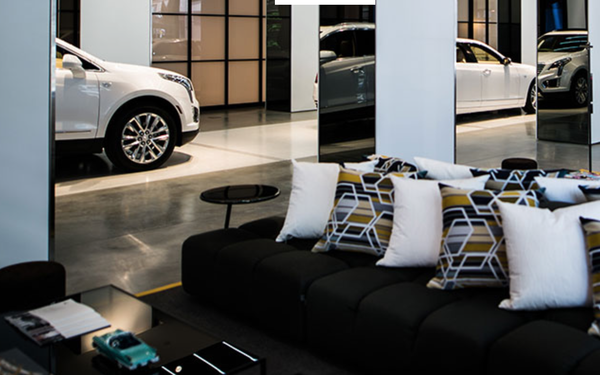 NEW YORK — Cadillac is planning to open a second Cadillac House, the brand’s novel public space on the ground floor of its headquarters here, in Shanghai.

Melody Lee, brand marketing director, Cadillac, revealed the plans during a keynote interview at the 2nd Annual MediaPost Marketing:Automotive conference at the New York Auto Show on Wednesday. Shanghai is home to a Cadillac production plant which opened in 2013.

Lee says the New York location is a physical manifestation of the brand and its "Dare Greatly" tagline. The 12,000-square-foot permanent space opened to the public 11 months ago and has been enormously well received, with lines sometimes forming to get in, particularly to see the featured art exhibits, Lee says.

The space serves as a rotating location for events, vehicle exhibitions and collaborative partnerships with pioneering organizations, such as the Council of Fashion Designers of America and Visionaire.

“We are bringing a different audience to Cadillac that wouldn’t come to it otherwise,” she says. “Cadillac has a very credible claim on being a part of pop culture. There are hundreds of songs written with 'Cadillac' in the lyrics. No offense to our German competitors, but there’s not that many songs written about BMW.”

Originally the idea was to have it be almost like a dealer showroom.

“But we already have hundreds of dealerships all over the country,” Lee says. “We really didn’t need another one.”

Separately, the General Motors division also is planning to expand its unique Book by Cadillac subscription program which allows participants to request any Cadillac to drive at any time for a flat-fee. The program is geared toward Gen X and Y as well as consumers in competitive vehicles, she says, adding that more than 7,000 people are currently on a waitlist.

“Ideally, eventually it will be available nationwide, which will make it even more useful for customers,” she says. “Imagine if you were going on vacation and you could request a car to be dropped off at the airport in the city you were flying to.”

The innovative programs and projects like these help to deliver on the brand’s two-year-old “Dare Greatly” brand promise, she says.