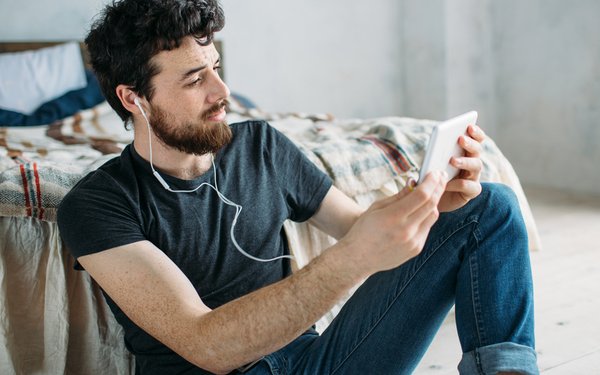 Ad executives have a distorted view of how much video they -- and the average American consumer -- spend on various devices ranging from conventional TV sets to hand-held digital devices.

The study, which was commissioned by the Video Advertising Bureau (VAB) and conducted by Research Now, surveyed 250 ad executives (71% agency, 29% marketer) Feb. 6-16, asking them to estimate how much time they perceive themselves and the average American to view video content on various devices. It then compared their responses to Nielsen’s estimates for actual viewing behavior. 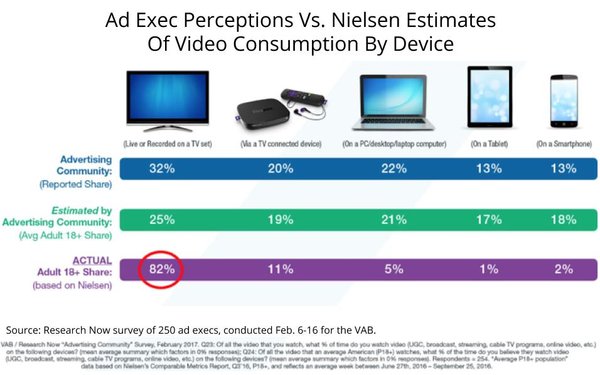 The study found that ad execs perceive themselves to watch much more conventional TV, but less video on digital devices than the average American. It also found that their perceptions dramatically overestimated the amount of time spent watching video on digital devices and underestimated the amount of time spent watching conventional TV.