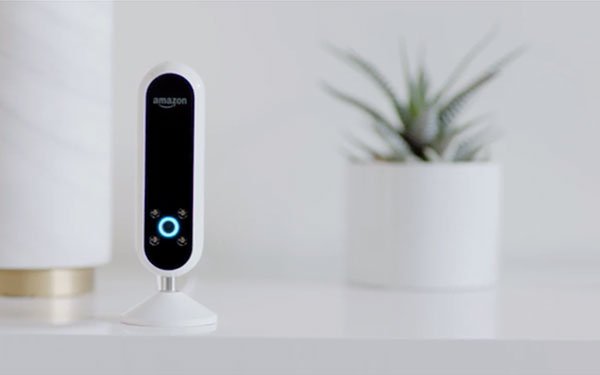 Not real ones, of course, but the online retail giant’s new Echo Look has built-in lighting and a hands-free camera to take full-length photos or videos so a consumer can instantly check their wardrobe before heading out.

The new device, a bit of a step-up from the traditional Amazon Echo, has four built-in LED lights, a hands-free camera, an intelligent background blur feature for photos, a microphone and speaker and sits on a tripod socket, which can be wall-mounted.

Amazon also added a feature called Style Check, which combines machine learning with advice from fashion specialists for an opinion on which outfit looks best. This looks like a piece of Amazon’s version of IBM’s Watson.

Echo Look also can keep a log book of what outfits were worn by date to keep track of favorites.

The smart home assistant has the same features as the traditional Echo, so a person can ask for the weather forecast, turn lights on or off, order a coffee from Starbucks and, of course, buy things from Amazon.

The photos also are voice triggered, as in ‘Alexa, take a photo.’

Amazon doesn’t market it this way, but Echo Look ultimately could be used for home monitoring, like connected security cameras.

And smart home security cameras, which send pictures or videos to mobile phones, the same as Echo Look, also could be used to check an outfit, although they aren’t marketed that way.

I haven’t yet seen or tested Echo Look, which is not yet available, so no word on how the sound is compared to the pounding audio that can come out of a cranked-up Amazon Echo.

This will be a critical features, since the most common application of current Amazon Echo owners is playing music, according to new research from GfK, as I wrote about here yesterday (Top Use Of Amazon Alexa, Google Home: Playing Music).

Amazon Alexa used to be only able to hear you.

Now she can see you as well.