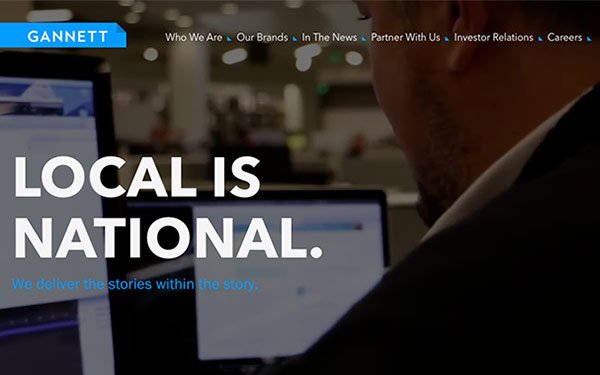 Gannett Co., parent company of USA Today and more than 100 local newspapers, revealed a 17.7% dip in print advertising revenue, compared to the same period a year ago, in its first quarter 2017 earnings report.

The company saw an 8.3% growth in digital advertising revenue, due to acquisitions and strong mobile growth and local ad sales.

“Pressure from declines in print advertising and circulation revenues in the U.S. and U.K. were largely offset by contributions from acquired businesses, ongoing cost reductions and efficiency gains in operating expenses, and increases in local digital advertising revenues, particularly mobile display,” the earnings report reads.

According to Poynter, CEO Bob Dickey said during a conference call with analysts that second-quarter ad revenues have since showed signs of recovering. National digital advertising is picking up, he added.

"Overall, revenue trends are somewhat lower than the fourth quarter, consistent with the expectations set when we provided our full-year 2017 outlook in March." Dickey said on a conference call. He added that the company expected improvement in the second half of the year.