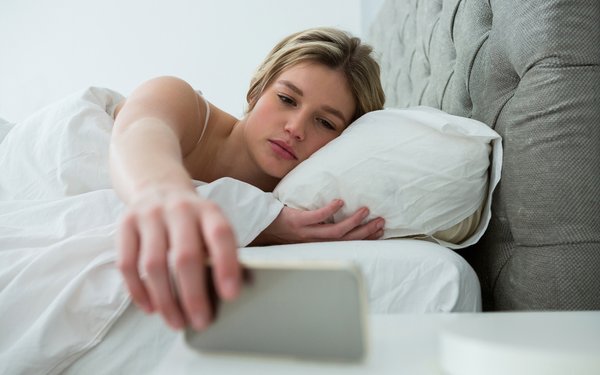 A new report from Horizon Media indicates that six in 10 people, regardless of age, say the first thing they do every morning is reach for their mobile device.

This reliance on mobile — and the personal bond they feel towards their device — shows just how central these hand-held devices are to our lives. The Horizon report (generated by its WHY Group) explores how mobile attitudes and behaviors impact people’s interactions and how they perceive mobile advertising. 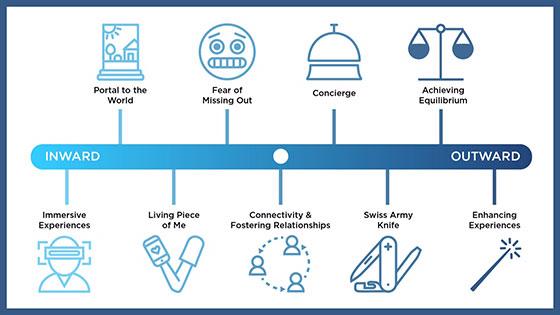 According to the study, people use – and relate to – mobile devices across nine “needs states” on a continuum ranging from “Inward” to “Outward.”  Each presents distinct implications around how advertisers and marketers should regard mobile in communications planning, strategy and execution.

On the most extreme “Inward” side sits “Immersive Experiences” – activities that are initiated and take place fully within the device, independent of what the user is doing in the real world, such as playing games or watching videos.

The “Inward” portion of the spectrum is also comprised of three other need states: “Portal to the World,” where the device connects a user to the world around them; “Living Piece of Me,” where the device feels like a part of the user’s body; and “Fear of Missing Out:” if they lose their connection.

Moving along the continuum, "Connectivity and Fostering Relationships” sits in the middle, where mobile is used to bond people to one another and enhances their interactions.

The “Outward” side of the continuum is anchored by “Enhancing Experiences” — with devices supplementing and improving people’s real-world interactions, like using location-aware apps.

The three other states include “Swiss Army Knife,” mobile as the tool that allows people to function in numerous ways; “Achieving Equilibrium,” where the device supports them, but doesn’t run their lives; and “Enhancing Experiences,” where the mobile device supplements and improves people’s real-world interactions.

While people generally bounce around different need states throughout the day, there is a strong pull to each end of the continuum, based on age.

“We noticed teens internalizing their attachment and using mobile to generate new activities, while adults more often seek ways to complement their existing activities," says Jessica Goldstone, senior research manager, WHY Group. "Teens, who have grown up in the ‘Minority Report’ age, are accustomed to technology taking over and dictating the way they live their lives.”

Teens rank using their mobile device as the third-most-important activity in their lives, only after spending time with family, a partner or best friend. Adults, by comparison, primarily tend to lean toward “Outward” activities. They are more likely to find balance by prioritizing time with loved ones, exercising, and being productive at work, rather than engage with their devices.

For marketers, addressing each need state on its own, while also finding ways to bridge the gap between traditionally “Inward” and “Outward” poles is critical, per the report.

Looking forward, mobile must be viewed as more than just a device, screen, or channel; mobile is a dynamic and those who are prepared to expand their definition of what mobile is will benefit the most.

“Predictive and enriching technology is where the future of mobile is headed,” said Sarah Bachman, Horizon VP Mobile Strategy. “People are beginning to crave and demand developments that allow for even more internalization and control over immersive experiences. And, at the same time, they want fresh ways to connect with the world and people around them.”

The report, 12 months in the making, included a combination of qualitative interviews, a proprietary Finger on the Pulse survey of more than 3,000 people, Horizon Distillery social intelligence, and Horizon TrendSights findings.