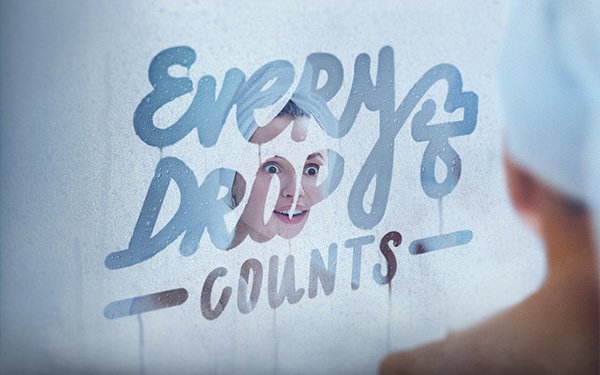 Colgate toothpaste has been actively urging consumers to do a better job of saving water for years, most notably in its 2016 Super Bowl ad, dubbed “Save Water.”

Now, the brand is teaming with Russia’s Azimut Hotels to deliver a similar water conservation message — but this time, the medium is steamy hotel bathroom mirrors.

Messages appear when the mirrors become steamy, thanks to an anti-condensation substance and waterproof marker. Tips are provided on how to avoid wasting water. Facts around water usage are also displayed, such as the amount of water wasted by individuals in Russia — up to an estimated 90 gallons a day.

The campaign’s launch was tied to World Water Day in late March. Since then, an accompanying YouTube video, and hotel guests’ photos, have spread virally across the #SaveWaterMirror hashtag, aided by support via bloggers and celebrities.

Y&R says the campaign reached more than 48 million people both online and offline within the first month. During the same period, the hotel chain claims it saw a reduction in the amount of water wasted — 15% per room.

“The mirror acts as an instant reminder, with the steam becoming a ‘wasting water’ detector," says Elena Palchunova, marketing and PR manager, Azimut Hotels Company. Given the success of the effort in Russia, Azimut is now expanding the campaign to locations in Germany and Austria.