According to data intelligence platform Pixalate, 51% of connected TV and over-the-top (OTT) ad impressions served programmatically were fraudulent in Q1 2017. That number was 36% on smartphones, 31% on desktop and 13% on tablets during the same period.

“What is happening in the connected TV/OTT space is similar to what has happened in mobile,” Jalal Nasir, CEO of Pixalate, told Real-Time Daily via email. “As in mobile, measurement in connected TV/OTT  is very difficult to do, which has made it a breeding ground for fraudsters. They have moved from desktop display to mobile and connected devices.”

When it came to rates of programmatic video ad fraud (across devices) by country, India topped the list with about 34%, followed by the U.S. at around 27% and Canada at 23%. On mobile devices, Germany topped the programmatic ad fraud list -- about 44% rates of ad fraud on smartphones and tablets. The United States took second spot again with programmatic mobile ad fraud rates in the high 30s.

Smartphone apps saw about 36% programmatic ad fraud impression rates across the board in Q1, compared to 12% for tablet apps.

“Programmatic ad fraud remains an issue for buyers and sellers,” concluded Nasir. “Our data insights are meant to provide a more granular look at the problem by conveying how different screens, devices, channels, and geographies can influence the discussion.”

Pixalate admits that standards for defining fraudulent impressions are malleable and ever-changing, but says it works with industry leaders in ad-fraud reporting to measure actual fraud rates as accurately as possible. 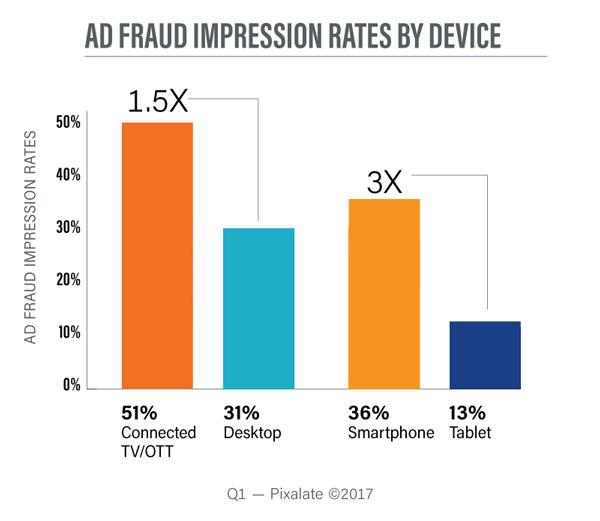 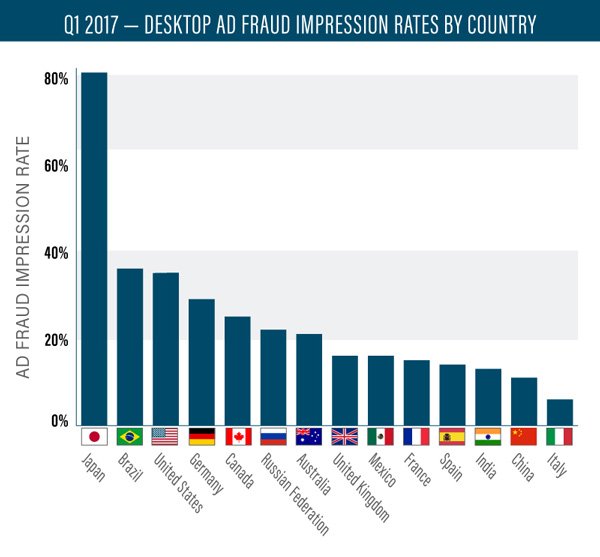