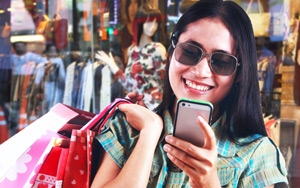 The cross-cultural mindset and increasing economic power of Asian American women is shaping mainstream culture, including brands and products, according to a report from Nielsen.

Today, 51% of children under the age of 11 are multicultural, and what it means to be an American is evolving, says Mariko Carpenter, vice president, strategic community alliances, Nielsen.

“For marketers preparing for future growth, understanding Asian American women is a critical foundation,” Carpenter tells Marketing Daily. “Asian American women can no longer be seen as a demo cut in a multicultural marketing plan but instead a group whose size belies its tremendous influence on the general consumer market.”

Asian American women are brand-loyal consumers, yet still prioritize price when shopping, according to "Asian American Women: Digitally Fluent with an Intercultural Mindset." Seventy-six percent say they will spend more on a product if it is made by a brand they trust. However, 76% also agree that their number one goal while shopping is to save as much money as possible.

The growth of Asian American women is fueled by U.S.-born females, and 78% of them are under the age of 34.

“For marketers, this means that this group is just beginning their years of spending money and building that digital connection is key to influencing their purchases in both online and offline channels,” Carpenter says. “Travel, beauty and fresh food categories are gaining high share of wallet from Asian American women.”

The study also looks at the tech prowess and emphasis on healthy living and entrepreneurial spirit of Asian American women, and how these consumer characteristics are setting the stage for trends that are yet to take hold with the mainstream.

Asian American women have the highest smartphone penetration of any racial or ethnic group in the U.S., and over-index against the total population for computer, tablet, video game ownership and on communication apps such as Skype, GroupMe, WhatsApp and Hangouts.

Asian American women are the consumers of the future — they are young, digitally fluent, open to trying new products and services andhave the power to impact product adoption and consumption across not just this segment but the general market, Carpenter says.

“The recent Korean beauty phenomenon is a perfect example: What began as Asian American influencers on social media and proliferated into a trend that’s taking the beauty industry by storm,” she adds. “You can now find Korean beauty products on big-box store shelves -- accessible and affordable to everyone.”