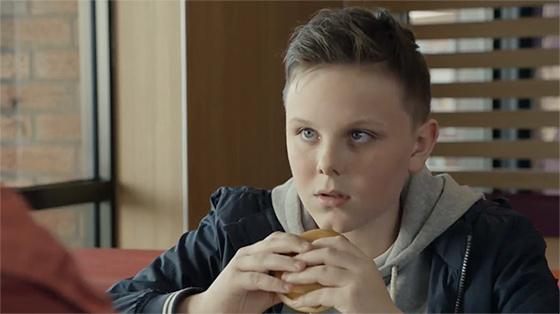 McDonald’s apologized Monday for an ad that is running in the UK and has been perceived as exploiting and trivializing childhood bereavement.

In the ad, from Leo Burnett’s UK operation, a widow and her sad-looking son are seen at a McDonald’s restaurant. He’s looking for a connection to his dead father and the mom tells him that his dad liked the chain’s fish filet sandwich, just like he does.

A McDonald’s spokesman told The Guardian: “We apologize for any upset this advert has caused. This was by no means an intention of ours.” But the spokesman also told the publication the ad would remain on air, despite a barrage of criticism in the Twittersphere.

One tweeter said she was “sickened and disgusted” by the ad, noting she had lost her dad when she was nine. “Memories? Yes. Burgers? No! Shameful ad #McDonald’s.”

The Guardian also reported the country’s regulatory body, the Advertising Standards Authority, was considering an investigation.

Update: Since the initial posting of this story McDonald's has decided to discontinue airing the controversial ad.