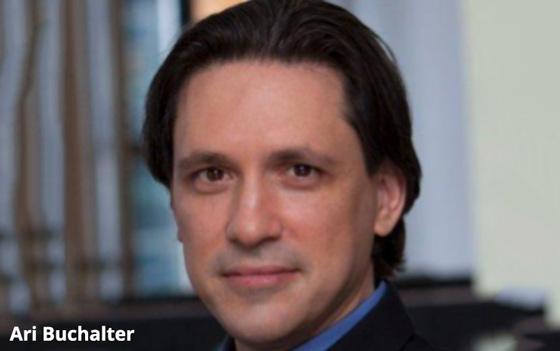 Buchalter takes the reins from Dan Doctoroff, chairman of the company. who also served as interim CEO. Intersection is backed by Alphabet, the parent company of Google, through Sidewalk Labs, its urban tech company.

Intersection is known for its work on LinkNYC, a network of digital kiosks that offer free public Wi-Fi to people throughout New York City, and the city transit system’s On-the-Go kiosks. LinkNYC is a digital out-of-home ad network.  The LinkNYC system launched in January 2016. Other U.S. cities have expressed interest in the system and it will launch in London this summer.

Prior to MediaMath, Buchalter was a senior partner and leader of the digital media & technology practice at Rosetta, which was subsequently acquired by Publicis. Earlier, he was an associate principal in McKinsey & Company’s media & entertainment practice.

Buchalter spoke with Real-Time Daily about the potential of digital place-based media and real-time data.

RTD: How does the buying of automated or programmatic media fit in here?

Buchalter: Intersection manages and sells media in many of the biggest media markets and transit hubs in the country, such as Philadelphia, Chicago, San Francisco, and Seattle.

One of the most exciting aspects of the digital transformation of out-of-home media is the ability to integrate with programmatic solutions. We’re in discussions with several ad exchanges, SSPs [supply-side platforms], and DSPs [demand-side platforms], as well as global agency holding companies, to provide our supply of digital inventory programmatically. This will also include some unique forms of data that we hope will add value in terms of targeting, analysis, and measurement.

RTD:How are artificial intelligence (AI) and machine learning informing this business? What's on the horizon?

Buchalter: Just as machine learning and AI have played an important role in creating value around natively online experiences -- from search algorithms to online shopping recommendations -- those technologies will be critical to unlocking value in the “smart cities” space, where digital information is connected to the physical world.

There is a tremendous amount of data being generated within, and flowing across, our infrastructure, including information about what’s happening across different locations at different times. Machine learning and AI can translate that data into a host of insights, decisions, and products.

Cities could optimize traffic flows and transit routes, or monitor environmental quality. Brands could predict where to advertise to attract new customers, determine what ads works best in different communities, and measure how brick and mortar sales are driven by outdoor advertising.

People could benefit from suggestions for faster travel routes, discovering local businesses, and civic attractions. We’ve only started to scratch the surface.

RTD: Digital billboards in the New York City subway system are often not functional. In fact, the promise of real-time information in the public transit system is not completely fulfilled. What are the challenges?

Buchalter: The MTA [Metropolitan Transit Authority] is a great example of a core challenge in our space: How to overlay 21st century experiences on 20th century infrastructure. Generating and distributing accurate real-time information is critical to being able to reduce delays, shorten travel times, alleviate crowding, improve safety and security, and deliver a better rider experience. It’s a  massive opportunity that’s aligned with our mission of using technology to improve life in cities.

Intersection is working with the MTA on ways to bring more accurate real-time information and other digital services to more train lines and stations though our On The Go (OTG) travel information kiosks. We manage 185 kiosks for the MTA across 42 stations in NYC.

We recently released a new feature on OTG called TAP that delivers improved train arrival times by aggregating and prioritizing data from multiple MTA sources, including a recently-piloted beacon-based tracking system that helps the MTA pinpoint train location of the lettered lines – a first for the MTA.

It’s now deployed on nearly 200 units. We’re seeing over a million interactions a month, and we’re helping New Yorkers and visitors to get to their destinations faster. We’ll continue to roll out new OTG features and other transit products.