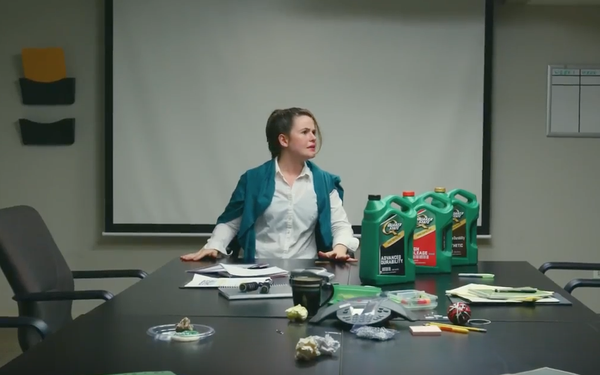 Quaker State and digital media company, Onion, Inc. are continuing their partnership and launching a new video series. The brand first started working with The Onion in 2016 with the launch of six satirical videos poking fun at marketing fads such as commercial jingles and VR technology.

The new series of videos focus on two pseudo Quaker State marketing interns trying to come up with the next big idea for the brand. It was developed by Onion Inc.’s creative services division, Onion Labs.

“Humor is in Quaker State’s DNA as part of our no-nonsense marketing approach,” Salazar tells Marketing Daily. “We want to give the people what they want which is good quality motor oil at a reasonable price, we don’t need to utilize gimmicky marketing tactics. Making people laugh will help them remember the Quaker State brand when it comes time for their next oil change.”

The content series is aimed at the general population, and not a particular demographic, she says.

“Quaker State is aware that motor oil is a crowded, traditionally low interest category,” Salazar says. “By joining forces with an unexpected but widely-known partner, like The Onion, Quaker State is able to stop interrupting consumers with claim-based content and start developing content consumers can appreciate and relate to. We think the best way to reach people is not by using jargon-heavy or claim based product messaging but through creative humor.