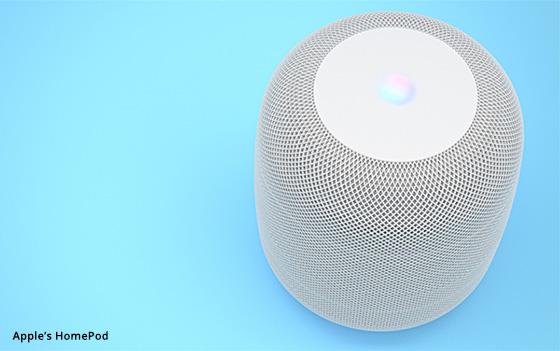 Voice-controlled digital assistants and connected sound systems may soon converge into single products, thanks to a new collaborative effort.

Harman and Conexant are teaming up to offer an all-in-one hardware solution that promises  high-quality audio playback and voice recognition capabilities.

The two companies developed the solution in an effort to bring high-quality voice and audio to device manufacturers in multiple industries.

In addition to in-home digital assistant devices, such as Amazon’s Echo, Google’s Home and Apple’s HomePod, Harman and Conexant aim to bring voice capabilities to the wearables, automotive and professional audio markets.

“Voice is everywhere; we’re seeing it flourish in consumer electronics and appliances of all types, automobiles, robotics and even in workplace solutions,” stated Saleel Awsare, president of Conexant. “By expanding our relationship with Harman to offer co-developed embedded far-field voice solutions, we’re able to offer an even greater selection of comprehensive premium audio and voice solutions to leading brands around the world, allowing them to produce innovative voice-enabled applications that offer accuracy and performance that is second-to-none.”

The solution is similar to the internal components seen in other voice-controlled devices, such as Amazon’s Echo. The technology comprises a combination of speakers and microphones made by Harman and voice processors and processing software developed by Conexant. The system can be integrated into any artificial intelligence platform, according to Harman.

In addition to the Harmon initiative, Conexant has been working with Amazon since last year to offer Alexa developers ready-to-go kits for different uses, all tuned to wake to ‘Alexa.’

Conexant voice processing is also used in some LG connected products, including smart TVs, according to Conexant.

Harman, which was recently acquired by Samsung, aims to bring high-fidelity audio to the mix. The focus of voice-controlled digital assistant devices has typically been on the voice recognition and conversational capabilities.

However, high-quality audio integration may be gaining ground in general.

Apple is positioning its recently-launched HomePod as a combination of digital assistant and high-quality audio system. Part of the launch presentation for the device focused on replacing wireless speaker systems with Apple’s device to achieve the same result. The presentation included a representation of the device’s AI analyzing both the device’s physical environment and the music coming out of it to optimize how it sounds.

The concepts showcased in the Apple presentation appear to be similar to the capabilities offered by Conexant.

Such capabilities include 360-degree microphones that can detect the directional source of a voice and understand the voice from a distance, even when audio is playing through the device.