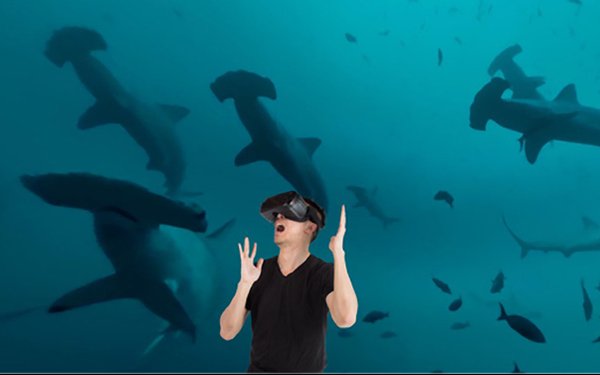 It's Shark Week! Discovery’s site is putting readers face-to-face with hammerhead sharks in a 360-degree virtual reality display banner on its homepage to promote its headset VR app.

The aim of the VR ad unit is to bring Discovery’s web audience to the headset experiences on the brand's VR app.

When visitors click on the "Shark Storm" ad on the Discovery.com homepage, the video goes full screen. Viewers can watch the fish-filled episode in its entirety. The video was shot and narrated by underwater cameraman Andy Casagrande.

Click on the "Shark Storm" link on the bottom left corner of the video and users are taken to a Shark Week-themed gallery page with more 360-degree videos and images.

The interactive 360-degree display banner has a similar format to one used by The Wall Street Journal’s Custom Studios on OmniVirt’s platform, which Publishers Daily covered. It ran in July to promote the Ritz-Carlton Rewards Credit Card.