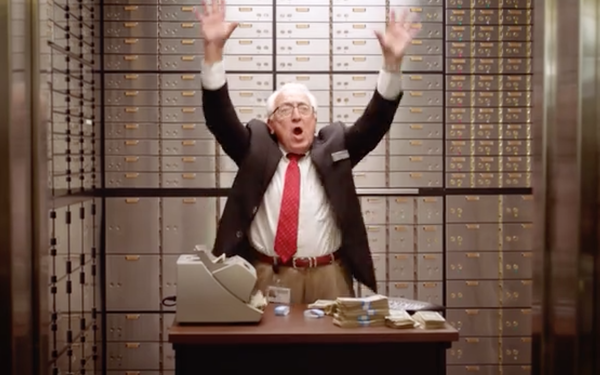 CommunityAmerica Credit Union (CACU) is promoting its role as the Official Banking Partner of the Kansas City Chiefs via a campaign.

The effort, from Denver-based Cactus, includes TV, print, digital, out-of-home and social media, which the shop will manage alongside CACU’s social team. They will also target Red Friday events before the Chiefs’ home games. The campaign is anchored by four videos, which launched Sept. 4.

Cactus is handling all strategy, creative and media for the regional effort, which is an integrated, long-term campaign and brand platform designed to significantly increase brand awareness through the seasonal NFL sponsorship, while also leveraging CommunityAmerica’s year-round commitment to Kansas City.

The “We KC” commercials feature CommunityAmerica employees showcasing their team spirit. In one, an executive raises his arms in what appears to be a yawn or stretch, but his colleagues view it as The Wave. One worker faithfully executes the movement and it gets repeated throughout the office as if it were a sports stadium. In another, a receptionist tries to answer her phone while wearing giant foam fan fingers. Office workers pat each other’s’ butts, rattle off account numbers as if they were football plays and one-up each other with Chiefs bobbleheads, socks, T-shirts and more. Viewers are prompted to “Fan up with Chiefs checking.”

"We wanted a campaign that would reflect the values of CommunityAmerica Credit Union while promoting the Chiefs partnership in a friendly and playful way,” said Ainslie Fortune, vice president, client services, in a release.

The 75-year-old company is ready to grow from middle-tier to major player. The primary campaign goal is raising brand awareness, Fortune says.

CACU is one of the largest credit unions in the country, and one of the top 10 Kansas City-based financial institutions. There are 31 CommunityAmerica branches in the Kansas City and St. Louis areas.