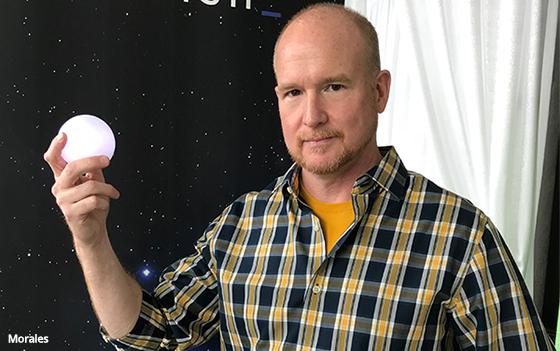 The Internet of Things involves lots of speed.

This could involve the speed of connections of smart devices, the speed of tracking and analyzing data or the speed of serving context-based messaging to a consumer based on location in real time.

There’s also another place for speed, and that’s in the innovation process that will create the IoT technological marvels aimed at satisfying a market need, maybe even before the market knows it has it.

At the eighth annual FutureM conference in Boston this week, I caught up with Mo Morales, associate director of innovation and SNAP program principal at SapientRazorfish, and the person driving a unique model of high-speed innovation.

“This is connected to our learning and development operations,” Morales says. “The idea of the program is to take two makers; one from our creative team and one from our technology team.

“The program is based around physical prototyping, which is making something with the hands. The reason we focus on that is because working with your hands uses different channels of your brain, approaching creative from a totally different toolset.”

After two days of creating concepts, the team presents to a leadership committee to get buy-in at a higher level. Once given the green light, the makers have two weeks to create a fully functional prototype. This is all done within a budget of $500.

After being completed, video case studies of the projects are made and 30 working prototypes have been created so far.

The rapid prototyping program started in Boston, but has since expanded. When I spoke with him, Morales had just returned from launching the Snap program in Sidney, Australia, and is next expanding to Singapore.

One example of a rapid prototype is called ‘junkyard drones,’ where video inventory of car junkyards can be captured by drone cameras and details of car parts are crowdsourced for additional information.

“The audience we were investigating were motor-heads or car builders,” says Morales.

In the SNAP process, an automated idea machine is used to randomly select an audience and then a technology, in this case motor-heads and drones.

“This particular functional prototype enables someone who is looking for a particular car part at his junkyard but is only able to have access to the junkyards around their immediate region. “Now they can search junkyards beyond what they would normally have access to, due to distance. The program allows the drone to create an inventory of available car bodies and car parts that would be in another junkyard.

“We’re creating an inventory of interesting applications of emerging technologies from which to spark other ideas.”

The rapid prototypes most often touch the Internet of Things in one way or another and there is an overall, bottom-line view.

“By being able to explore and do research and development in the IoT space, we’re able to, with more vigor, really understand how connected commerce is evolving with respect to the way we, as human beings, physically interact with the environment and how those things tie back into broader business interests,” says Morales. “IoT is everywhere.”

And the SNAP program now can get SapientRazorfish to be in all those places with it.