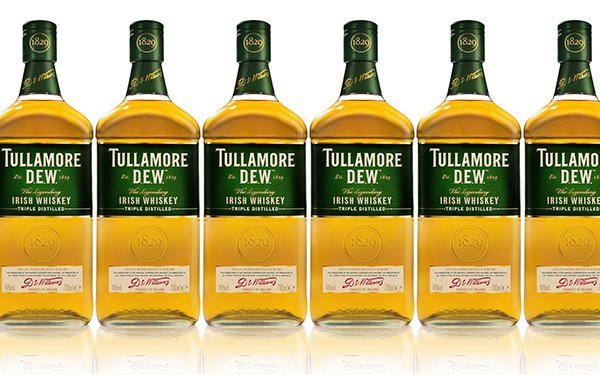 Now, the second-largest Irish whiskey has launched a new global ad campaign — “Beauty of Blend” — which kicked off in New York last week.

A 45-second TV spot will air in 12 key markets, including Boston, Chicago, Austin, Philadelphia and Seattle. The campaign earmarked late-night TV shows for special attention, with spots in “Stephen Colbert,” “The Tonight Show” and “Saturday Night Live,” among others.

The company’s global brand director Caspar MacRae likened the “Beauty of Blend” effort to a larger experience. “It celebrates our belief in the spirit of blend — from the original triple blend in our Irish whiskey to the blending of cultures, rooted in our historic association with Irish emigrants around the world.”

John Quinn, global ambassador for Tullemore D.E.W., echoed that sentiment, noting the brand “wants to encourage our fans to explore their own unique blend and heritage.”

To that end, “Beauty of Blend” is teaming with MyHeritageDNA to gift DNA kits to those interested in exploring their ethnic mix. DNA kits will be dispensed via the company’s social channels: Facebook, Instagram and Twitter.

People can share their blended stories on www.iamblend.com, part of the digital #IAMBLEND campaign.