IBM Watson: The Big Bet On IoT And AI 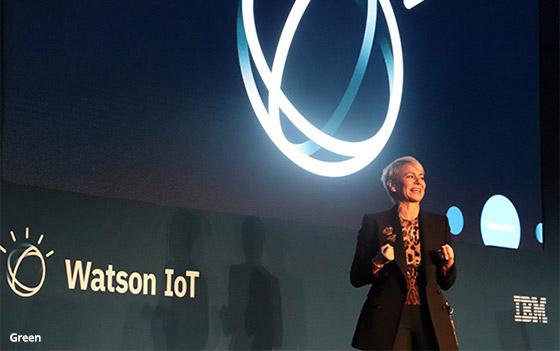 The Internet of Things is about connections and the massive amounts of data that result from those connections.

Trouble is, most of the resulting data is not tapped, and that’s where IBM and its AI mega-machine Watson come in.

During a break in the IBM Genius of Things summit in Boston this week, I sat down with Harriet Green, general manager of Watson IoT and customer engagement and education at IBM, to discuss IBM’s IoT and AI strategy.

Green sees a market need as an opportunity, noting that 80% of the world’s data is not yet searchable.

“We’ve made a big bet ($3 billion) on IoT and bringing AI capabilities to IoT,” says Green. “We’re seeing this huge drive to connect the world’s devices to, in our case, the IBM cloud, the IoT platform. People are understanding that if you connect things to things and things to people, the data flows and the opportunities are very real.

“Secondly, we’re seeing that the software application to gather this data and apply analytics to it are becoming deeper and richer. We’re seeing many more outcomes.”

The volume and speed of processing data by AI engines far surpasses human capabilities and unexpected correlations or insights often are discovered as a result.

IBM’s Watson approach is to use the AI technology to augment or add to what a company or organization is doing.

Various iterations of AI have been around for many years, but have been maturing in recent years due to additional processing power and learnings along the way.

“IBM has been working with and investing in Watson for 10 years and so much has been developed since Jeopardy,” says Green. (Watson famously won the game back in 2011.)

“The critical thing is that in none of our work do we think about replacing human intelligence. We believe that Watson is working together and augmenting that human capability with the Watson intelligence, which keeps learning from what it’s given.

“I think many, many jobs in the world will be changed by the advent of artificial intelligence, but I think this suggestion that there will be mass displacement, we have not seen that.

“This year, more than a billion people will be touched by Watson.”

IBM says it has 6,000 active clients from 30 different industries using its IoT platform and Watson.

There also are plenty of examples of AI coming in contact with consumers, even if consumers don’t necessarily look at the experience as being driven by artificial intelligence. Some examples cited by Green:

While many AI applications are being deployed by large, global companies, many of the results end up impacting consumers at various stages of their daily lives.

“Most consumers have interactions with enterprises,” says Green. “What I see happening here is a real convergence in behaviors, from what consumers see in enterprises, and know what is possible, and what enterprises can deliver to various consumers.

“A large part of the IoT future entails new products and services that quantifiably do things smarter, better, provide a richer experience and a new experience. These are very exciting times.

“It’s very important that we all stay focused on what really adds value, quantifiable benefit and get started.”

Green and her team clearly know where their focus is.