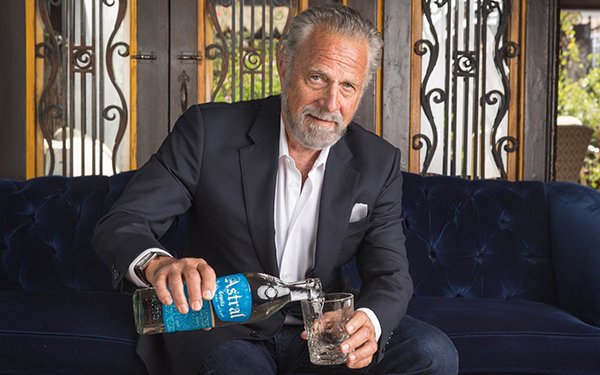 San Francisco-based Erich & Kallman has been appointed agency of record for Astral, an ultra-premium tequila owned by Davos Brands, after a formal review involving a number of other unidentified New York and Los Angeles agencies.

The brand was created a couple of years back by celebrity master sommelier Richard Betts. Davos acquired a controlling stake in Astral and another Betts-created spirit, Sombra Mezcal.

The agency is tasked with creating a market launch plan for Astral. It will also lead video, digital, print, social and OOH components for the brand.

Earlier this year, Davos hired the actor Jonathan Goldsmith, well known as the pitchman in the “Most Interesting Man” role for Dos Equis ads. In his first ad for the brand, which aired in June, Goldsmith playfully referred to his MIN days, noting: "I told you I don't always drink beer. I prefer tequila — Astral Tequila."

Goldsmith, who also has an equity stake in Astral, will continue to serve as pitchman in new ads and campaigns. A new ad has just launched — “Columbus Day: A Reenactment.” Have a look here.

"When you're entering a crowded category with a new brand, it's vital that you can cut through the noise with compelling creative,” stated Astral Brands vice president, marketing Joen Choe. “After a lengthy pitch process with some of the best agencies on both coasts, it was actually pretty easy to see that Erich & Kallman's creative was head and shoulders above the rest."