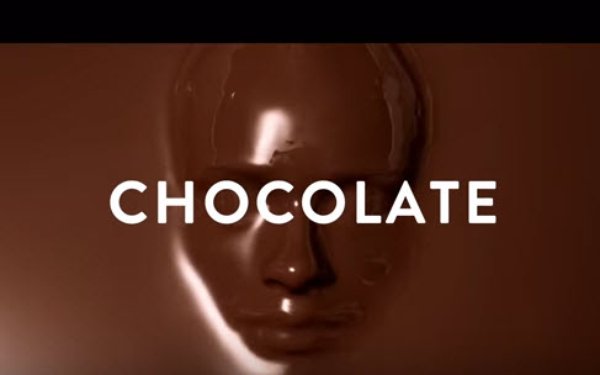 Godiva — now part of a global conglomerate looking to vault to a leadership position in the U.S. premium chocolate market — is launching its assault with a lower-priced but still premium offering, broad retail distribution, and an eyebrow-raising campaign.

The new line, Godiva Masterpieces, features three of the most popular varieties of the traditional chocolates that for the past 90 years have been sold mainly in Godiva boutiques (about 170 in the U.S.) and select department stores. They’ve been repackaged for the mass-retail CPG market as individually wrapped chocolates (about $3.99 for 5 ounces) and filled chocolate tablets (about $2.99 for 3 ounces). In comparison, a 7-ounce bag of traditional Godiva truffles is priced at about $12.

The goal: Expand Godiva’s customer base by making its premium chocolates affordable and accessible for everyday consumption.

The sensual, suggestive imagery aims to appeal to a wide audience and “demonstrate the multi-sensorial effect of eating Godiva chocolate,” while maintaining the brand’s reputation for quality, according to the agency. Tagline: “Chocolate Never Felt So Good.”

The U.S. version of the first ad (below) — which will run on network prime time, late night and national cable programming through Q4, to support the critical holiday period — is actually a bit less obvious in its suggestion of a sexual experience than a U.K. version. The Masterpieces line debuted in the U.K. in early September.

“For all markets, our creative is designed to be breakthrough, provocative and differentiated from what consumers are used to seeing in premium chocolate ads,” Brian Blanchard, CEO of Pladis North America, tells Marketing Daily. “That said, sensibilities between markets differ and certain visual scenes and imagery that were in the original creative— which is now essentially the U.K. version — were perceived as too provocative and therefore negatively by U.S. consumers. So we listened to our consumer and made some tweaks, [still resulting] in a visually powerful and compelling piece of communication.”

More creative executions will be rolled out over the coming months, including ads to support Valentine’s Day, Easter and Mother’s Day.

After a successful U.S. soft launch in Costco starting last December, the Masterpieces line has now been rolled out nationwide to mass retailers including Walmart, Kroger, Target, Publix, Walgreens, BJ’s and Albertsons, along with Costco.

In addition to the U.S. and U.K., the line is already marketed in Turkey and several markets in the Middle East, and bound for other markets worldwide. It’s the first major new initiative from Pladis, a global confectionary business formed by Turkish conglomerate Yildiz Holding last year by consolidating the Godiva, DeMet’s Candy and United Biscuits brands.

The U.S. premium chocolate market is dominated by the Swiss company Lindt, with its Lindt, Russell Stover and Ghirardelli brands. Pladis currently owns just a 1.5% share with combined boutique sales of Godiva and mainstream-retail sales of its DeMet’s division’s Turtles and Flipz brands, according to Confectionary News.

But Pladis is out to capture a 10% share of U.S. premium chocolate within about five years — starting with projected first-year Masterpieces sales of $20 million.

The U.S premium segment’s growth has outpaced the chocolate category as a whole, presenting opportunity, but also the challenge of increased competition, notes Blanchard.

“We recognized the need for us to sharpen our competitive edge and ensure that we’re giving consumers the absolute best in terms of quality and experience from Godiva, in an accessible price point and format,” he says.

”Every successful brand needs to look continuously for opportunities to renew and expand its consumer base,” he adds. “In Godiva’s case, the size of the business relative to the strength of the brand is low, so we have a tremendous opportunity to connect with new consumers and make our luxurious experience available to more people on more occasions. Also, as consumers experience our brand on a more regular basis, they will be more likely to purchase higher end items like our super-premium gifting assortments, and to shop our boutiques.”

Pladis, which operates in 130 countries, reportedly believes it can grow Godiva’s global sales to $2 billion. And between chocolate and its planned introduction of its McVitie’s biscuit brand in the U.S. market, the company is said to be aiming to grow U.S. sales to a level at which they will account for a fifth of its global sales.