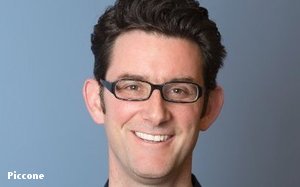 A few months ago, John Piccone returned to Simulmedia to serve as its president and Chief Revenue Officer after a one-year sabbatical at Innovid.

Piccone, who has been with Simulmedia since its inception -- and with founder Dave Morgan during his earliest digital pioneering days -- now oversees a company that both buys and sells its own audience network, as well as licenses the power of its proprietary granular TV audience targeting system to advertisers and agencies.

In the following Q&A, Piccone explains how the marketplace has been evolving and why it’s finally time for TV advertisers to buy, post and strategize like digital ones.

MediaPost: You’ve been with Simulmedia since the beginning. Is there any insight you learned during your sabbatical from from the company that helps you understand the product and the marketplace better now?

John Piccone: Digital video advertising is obviously an important part of a marketer’s mix, but the No. 1 insight I learned was, it is consolidating among very few players, which inevitably will lead to driving up pricing.

What we’re seeing from all the good work of the fraud-detection companies, and the ad-serving companies, is that much of it is chasing the tail of the dog of ROI.

What is it that we’re getting in return for our digital video advertising budget? There’s still a lot of work involved in understand what is the benefit of it and how does digital video complement linear television advertising. That’s playing out -- and as the marketplace continues to fragment, that relationship will become more and more apparent.

MediaPost: Do you think the supply chain will continue to fragment or will we see more shakeout and consolidation taking place?

Piccone: I think we will see continued fragmentation of audience content consumption through multiple devices. On the digital supply side, I think we’re already seeing consolidation.

Based on what I read in the trades, north of 70% [of digital budgets] is going to two players. One of the things driving that consolidation is the growing complexity.

Digital video advertising is not something an agency and a marketer can easily support by leveraging the longtail, which is often fraudulent, unfortunately.  We’ve seen recent announcements from companies like Procter & Gamble that are asking the marketplace to clean up the digital supply side, rightly so.

If you compare that to linear television, it’s already clean. There is no fraud on linear television. And the models show its performance have already been locked and loaded for decades, and its baseline of performance is only going to go up as better and more granular data comes into the picture.

MediaPost: Companies like Simulmedia are giving brands and agencies the ability to target TV with the same precision of digital, but will it have the same accountability of linear?

Piccone: That’s right, SImulmedia took a digital approach to linear television. And the benefits of digital targeting for linear television marketers has been proven for almost every category across that landscape. The core purpose of our technology -- our VAMOS platform -- is to translate media metrics into business outcomes.

The linear television marketplace has historically been priced and measured based on the performance of media metrics -- CPMs and GRPs -- and, in the back end, using big, broad-based media mix models. That has held constant, but now with better granularity, we can dig much deeper into those models.

The audience network part of our business has always had a secondary benefit and performance that we’ve been held accountable for, which is business outcomes.

And in order to facilitate that, we’ve had to strike many data partnerships, including a seven-million-household sample of personally identifiable data at the household level, in order to be able to understand the relationship between an exposure and an action.

MediaPost: Another thing that changed in the time you were away was that Simulmedia launched a self-serve interface for your product enabling advertisers and agencies to manage their own precision-targeted TV advertising. How is that working out?

Piccone: We’ve seen high demand for access to the VAMOS platform, [which enables] advertisers to see the performance of their spending in a fragmented television marketplace.

Unlike the digital video marketplace, where we are seeing consolidation, that hasn’t come to TV. We’re still seeing the same number of players -- or more -- vying for those marketers dollars.

At the same time, the number of shows with an average rating of a 0.5 is hovering about 80%. So you need a more granular lens to understand who’s watching what -- and when -- and then see the impact of that.

Fundamentally, index-based planning can’t hold up in this increasingly fragmented world. You have to move to an audience-based, reach-based model. And that’s the core of what the VAMOS technology does.

MediaPost: So how much of your customer base are you seeing move to self-service vs. managed service?

Piccone: For the initial rollout, it is managed service. Over time, we will see different needs from both marketers and agencies. Some will want to continue with managed service, because they will see efficiencies in that, because it will enable agencies to focus on more strategic work for their clients and they won’t have to do the mundane, operational data aggregation effort.

I think we will see more self-serve around the markets insights side, where people are using insights from the performance and audience-based metrics around the 2,400 advertisers that are on TV today.

MediaPost: What is the No. 1 thing you think the marketplace doesn’t understand about your approach to TV advertising?

Piccone: I do think the marketplace understands that we’ve been bringing a new way of doing linear television advertising. I think they’re at the stage of understanding how it can work for them, both from our audience network and from the VAMOS technology platform for themselves.

I think they understand how that will empower buyers, but I also think sellers are beginning to understand how it can empower them to sell much more granular formats of audience targets.

MediaPost: I’m sure the digital crowd get that, because that’s where they come from, but at a time when conventional linear TV advertisers are trying to deal with so many changes, is there a reticence for them to try yet another platform? And how do you overcome that?

Piccone: The nice thing about a managed service, is there really is no new notion of adoption. You’re actually just getting more strategic about the notion of performance -- both historical performance and near-term performance.

I think we’re seeing the tide turn where if a marketer isn’t talking about the relationship between media metrics to business outcomes for linear television advertising, it’s going to come under more corporate scrutiny. And most of them are already looking at it from a bigger base of marketing-mix modeling.

We’ve done partnerships with companies like Neustar to help them understand from a third party’s lens how linear TV performs for them.

The goal of most TV marketers, fundamentally, is to navigate the components of the data they’ve already licensed, so they can activate it in a way that justifies their cost. I think what we will see changing is that, when you can show the return on ad spending for TV similar to what you can do for search, marketers will be building a bigger technology stack to serve their own needs and to demonstrate  it can cover their costs and drive revenues more efficiently.

MediaPost: Again, the digital folks get that earlier attempts -- Navic, Google TV Ads, Spotrunner -- all failed because they couldn’t explain the benefit to brand marketers. Do big brand marketers get that now?

Piccone: They’ve always understood the value of performance. The people who control TV budgets want to understand how that performance applies to what they are doing, while building new forms of awareness.

Whereas television has sat at the very, very top of the funnel of awareness, and at the very, very bottom of the funnel of direct response, now there is clarity about how that path works. Now we can see how the granularity of audiences applies to the notions of reach and frequency down to business outcomes. That enables people to optimize their budgets more quickly, when you need to bridge that gap between awareness and response.

MediaPost: How important is culture? Is there still a cultural rift between a television advertising mentality and a digital performance-based way of thinking?

Piccone: I think [Procter & Gamble Chief Brand Officer] Marc Pritchard did a very good job of explaining the need to push the envelope with new mediums to produce innovation and recognizing the point where it no longer drives it. And the need to step back and see what you’ve learned.

I think the TV advertising culture has always understood that it has been driving a valuable component of a marketer’s mix. I think [Pivotal Research Group analyst] Brian Wieser says it best when he says, “Television advertising is the worst form of advertising, except all those others that have been tried.”

I think what we are going to see now is the culture that has been driving that is going to be rewarded by having better tools to demonstrate its power in more ways.

I think we’re learning that fragmentation should be considered a marketer's friend, but due to audience and device fragmentation, it has become their foe.

As a result marketers are consolidating their spend with few players to avoid complexity. This will ultimately drive up pricing.

At Simulmedia we believe we can make fragmentation a marketer's friend by leveraging our VAMOS technology to do more with less,with demonstrable proof points against business outcomes. As a result, TV will remain the most efficient and effective platform for many years to come.