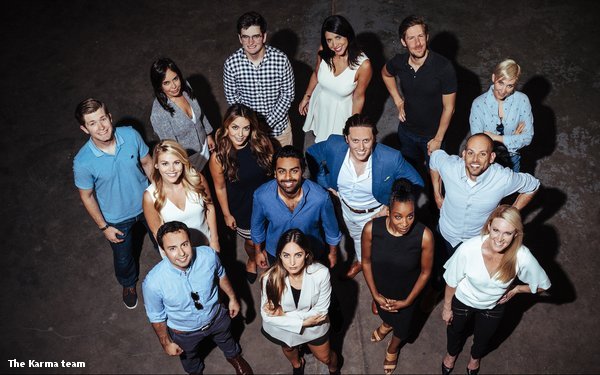 How do you convince millennials to engage with financial and business news? A new streaming video service thinks it can crack that code.

Karma, an over-the-top streaming service that founder Karam Hinduja describes as “The Economist for the next generation, on video,” officially launches today.

While many large streaming services try to be everything to everyone by having enormous libraries of content, we are now seeing a new wave of OTT startups targeting more niche audiences.

Hinduja said he believes there is a white space in between television competition like CNBC and streaming services like Cheddar, which he argues are geared more toward day traders and broader audiences.

“The big question for not only media companies but brands overall is how to target millennials. People fail to recognize how large a population millennials are,” Hinduja said. “We aren’t trying to target [all] millennials, we aren’t trying to be everything to everyone. We are targeting a very specific niche within that segment of the market, which we are describing as accredited next-generation investors.

“These are people who have the capacity to either write checks with their own capital, or the capital of the institutions they are working with, and really sort of engage in true growth in private equity-size deals,” he added.

To that end, Karma will enable viewers to take action and make investments, based on some of its programming.

Karma will be free at launch, streaming through its own website and digital platforms. In the coming months, the company will add a paywall, which will give subscribers early access to content, in addition to expanded data and analytics.

Hinduja tells Digital News Daily it is in discussions with OTT platforms about being added to some streaming bundles. The company is also talking to companies and organizations with partners or clients who make investment decisions, and may partner with those firms to offer access.

"For investors, the most valuable commodity is information" others don't have, Hinduja said. He believes Karma will provide that commodity, for "people who are truly active investors and intend to use the information to take action as opposed to people watching for entertainment value.”

Programming will include the channel’s flagship program “Working Capital,” hosted by former Bloomberg TV anchor Adam Johnson. “That is our version of Jim Cramer for the private markets,” Hinduja said.

Other shows will provide a spectrum of programming, from investigative storytelling to more consumer or aspirational shows. These include “1Number,” which will take one number or statistic and use it as a basis to explain a business or cultural phenomenon, “Hey Gordon!,”  a satirical look at entrepreneurial and startup culture, and an interview series called “Views From The Top.”

Karma will also eventually roll out advertising, including pre-, post- and mid-roll video units, as well as integrated advertising opportunities.

"We are looking to take an extremely native approach, more of a partnership approach, to some of these relationships,” Hinduja said. “It will look like a combination of show-wide or network-wide takeovers or sponsors that want to have that type of engagement on a week-to-week or a monthly basis, whatever it may be.”

“We want to partner with brands that allow our audience to have some sort of action to take that is directly relevant,” he added, citing financial tech companies as ideal sponsors.