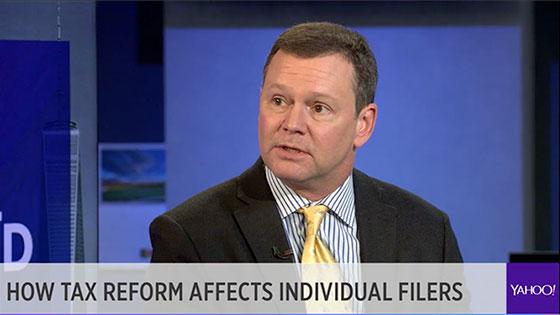 “Breakout Breakfast,” which launches today with an interview with Vimeo CEO Anjali Sud, will be hosted by Yahoo Finance reporter Melody Hahm. The show will originate from Oath’s “BUILD” video studio.

“We really want to tap into the startup culture: starting companies up is part of the millennial experience,” said Yahoo Finance editor-in-chief Andy Serwer in an interview with Digital News Daily. “We want all the people who are in General Assembly and WeWork, who are sitting around discussing new ideas in Bushwick, to tap into that audience: people who are starting up really cool new companies that are successful, and just hitting critical mass.”

Krawcheck’s show will feature the host discussing a financial topic of the day, and then interviewing a guest about the same topic. It will be produced by Yahoo Finance and the women’s storytelling platform MAKERS, and will launch on both platforms in early 2018.

“I really felt, and Alex did as well, that this was a very underserved market, women talking frankly about money to other women,” Serwer added.

Both shows will be advertising-supported.

“I was amazed when I got here how well our shows do live,” said Alex Wallace, head of video for Oath, in an interview.  “We are trying to double down in terms of shows, because the audience for every one of them grows throughout the show. So Andy and I had been talking about, how do we do more?”

It was those conversations that sparked the new programming, which Oath and Yahoo hope will reach an audience not being as well-served by the current shows.

“We wanted to find new ways to engage with users and build out,” Serwer said. “One was to do new customized shows that spoke to particular audiences. The three shows based on the markets have a great core audience, but we really need to build out from that audience, because that is not particularly a growth area. We want to serve the heck out of those people, but we also want to build different audiences, younger audiences, women, inclusive audiences.”