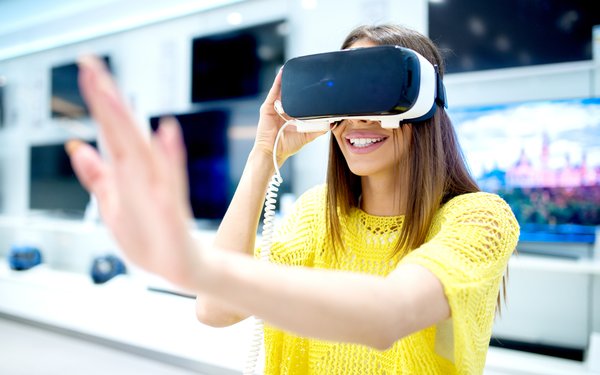 Many consumers are familiar with virtual reality that uses a smartphone, such as Samsung’s Gear VR or Google’s Daydream View.

While those headsets continue to flood the market, shipments of the heavier duty, computer-driven VR headsets are gaining traction.

For the first time, quarterly shipments of VR headsets exceeded 1 million units, according to the latest headset shipment data from Canalys, which provides quarterly market tracking of the devices.

The tracking service defines a VR headset as ‘a device with a display designed to be work on the face that immerses the viewer in a virtual world.’ It excludes simple viewers, basically those that use a smartphone.

Oculus increased demand for its devices by dropping the price to $399, which matched the price of the Sony PlayStation VR headset.

Prices continue to drop, with the Oculus Go standalone headset coming next year priced at $199.

The next year will be even more interesting in the realm of the realities, as more VR headsets are launched by more companies and prices continue to drop to match more consumer budgets.

The bigger action around the corner is augmented reality, which doesn’t require a consumer to totally detach from the physical world around them.