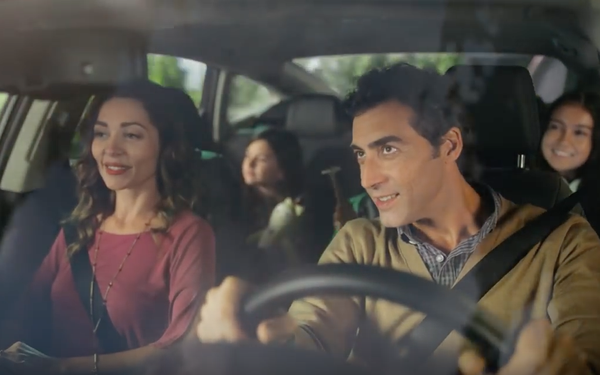 Honda is hoping to show how its new Clarity is the solution to “range anxiety,” the phenomenon where electric car drivers suddenly become twitchy when they start to wonder if they will have enough charge to get to their destination.

Honda is promoting the plug-in hybrid with a 30-second spot that touts life “Beyond the Battery.” The spot, from RPA, shows how the end of a driver’s battery charge isn’t the end of the world because the vehicle has a 47-mile all-electric range rating along with a gas-powered engine for a 340-mile total range rating.

Despite the existence of hybrid-powered engines for several years, there is still a considerable number of consumers who don’t understand how they work.

The vehicle went on sale nationwide Dec. 1. The automobile claims to have the highest all-electric range rating of any plug-in hybrid sedan and the most comprehensive standard equipment in a five-passenger cabin.

The model won the Green Car of the Year award at the Los Angeles auto show. The award is sponsored by Green Car Journal and judged by a jury including Jay Leno. The Clarity beat out another Honda, the Accord hybrid. Other contenders were the Toyota Camry hybrid, Nissan Leaf EV and Hyundai Ioniq. Tesla chose not to enter this year.