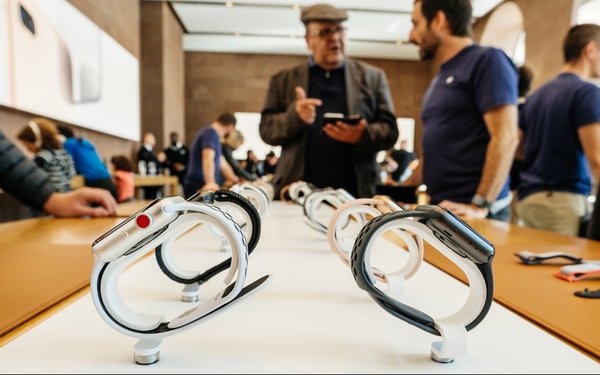 The wearables market is growing at 18% a year and will increase from 113 million shipments this year to 223 million in 2021, according to the latest forecast from the International Data Corporation.

Wristbands such as those from Fitbit are becoming commodities as smartwatches move to the forefront, according to IDC.

The number of watch suppliers is growing along with more cellular connectivity being built into smartwatches, fueling the growth.

Led by Apple, smartwatch shipments are expected to reach 72 million units by 2021, increasing from 32 million this year.

Earwear wearables are projected to ship 11 million units by the end of 2021, growing 59% a year until then.

Earlier this week, Adidas announced it was getting out of the business of making wearables.