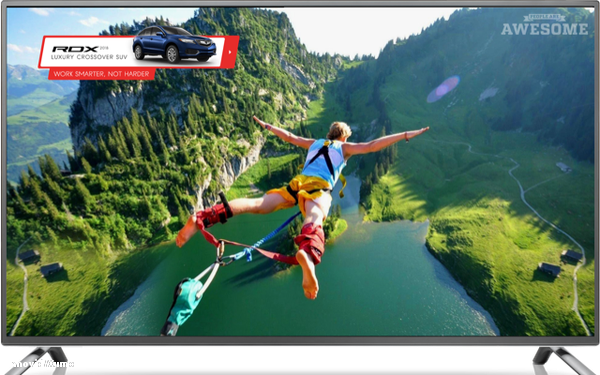 The deal enables ads to be dynamically served as overlays on top of relevant programming (see the photo above). In other words, the ads delivered will not interrupt the viewing experience as a 30-second commercial would.

Xumo channels turn content from partners into always-on live TV channels, with one piece of content rolling into the next, as it does on linear TV.

The product will launch on LG’s Channel Plus service, which is built into LG TV’s sold from 2012 onwards. Xumo powers the service, which has more than 100 free streaming channels. It will roll out on other Xumo platforms over time.

The companies claim that this is the first time fully addressable overlays will be available on live internet TV.