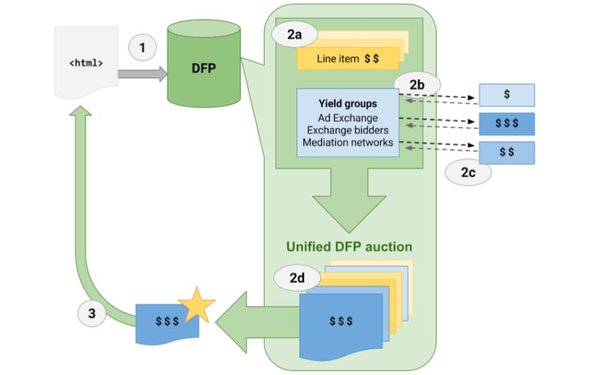 In a sign of how much the emergence of header bidding has disrupted the digital audience exchange marketplace, Google this week went public with unusual candor about its own header bidding solution.

The initiative, dubbed “Exchange Bidding,” has been in beta since the fall of 2016. It has been working with a variety of ad exchanges and publishers to test a more transparent way of auctioning digital audience impressions to boost yield for publishers and effectiveness for advertisers.

Google has not disclosed which publishers or exchanges it has beta testing with, other than OpenX, which released results of its performance to date in a joint analysis with Google. The top line is that the more than 200 publishers working with OpenX improved the yield on their programmatic ad sales by an average of 48%.

“It’s fair to say we might have been a little skeptical,” OpenX cofounder Jason Fairchild recalls about originally entering into the test with Google. Prior to the advent of header bidding, it was the dominant digital audience exchange, thanks to its proprietary position in the ad serving marketplace with DoubleClick, by far the dominant ad server used by advertisers, agencies and digital publishers.

Historically, Google leveraged its advantageous ad serving position as leverage for its own exchange, the DoubleClick Ad Exchange, or "AdX." But when publishers, advertisers and independent exchanges began cultivating header bidding, Google saw the writing on the wall. It also saw an opportunity to test the development of a new kind of market transparency, in which exchanges bid simultaneously to create the highest yield possible for publishers.

Google’s AdX and OpenX are the only two exchanges that have been disclosed as participants in the test, and according to OpenX, it ranked No. 1 or No. 2 in terms of generating the highest yield for publishers. Presumably, AdX was the other No. 1 or No. 2.

OpenX disclosed that the average yield lift for all other exchanges participating in the test was 40%, indicating that OpenX had a 20% performance advantage over their average.

OpenX’s Fairchild says it’s not simply a function of optimizing the best bids, but also optimizing the best inventory opportunities with an emphasis on safe, clean and transparent transactions. He cites other work OpenX has been doing to improve those criteria, including its investment and commitment into deploying ads.txt, TAG certification, as well as steps its taking to prepare for Europe’s General Data Protection Regulation (GDPR), which goes into effect in May.

“Marketers are consolidating their spend into high-quality environments,” he asserts.

Google says Exchange Bidding will remain a test for the foreseeable future -- but Sam Cox, group product manager at DoubleClick, who is leading the initiative, implies it is likely to be released for “general availability” in the near future.

From Google’s point of view, he says, the goal of Exchange Bidding is to create a better marketplace for two key stakeholders: publishers and consumers.

As the test shows, publishers are benefitting from higher advertising yields on their inventory. Consumers are benefitting because the Exchange Bidding process enables much of the tags, bids and calls to take place before the ad impression is served to a consumer’s browser, meaning that there is less latency and faster load times.

Cox says it is part of Google’s overall push to improve consumers' browsing experience, including things like Google Chrome’s move to block ads on sites that do not comply with the Coalition for Better Ads' Better Ads Standards.

He acknowledges that a broader rollout of exchange bidding might mean Google’s AdX has a smaller share of total bidding, but asserts Google would benefit by improving the yield for its publishing partners, the experience for its consumers and the effectiveness for its advertisers.