Huntington Bank 'Looks Out' For You 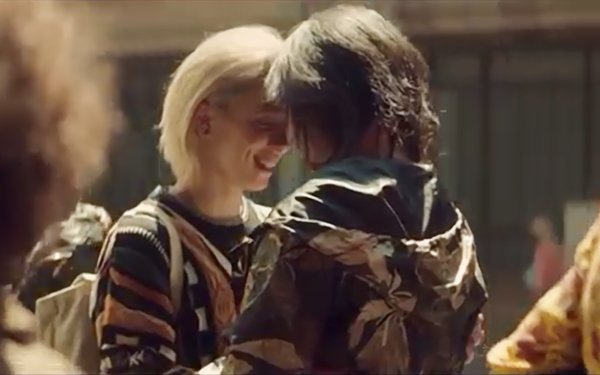 Columbus, Ohio-based Huntington Bank's new ad campaign is pivoting away from referencing specific banking services — such as a 24-hour grace period — to instead focus on human interactions.

Developed with Arnold Worldwide, the “Looking Out For Each Other” creative suggests everyone can make the world a better place, no matter how hectic it gets. Some believe every new release/fad/trend is going to change the world. It doesn’t, though, and we go back to waiting.

What can change the world is all of us looking out for each other, says an agency spokesperson.

The campaign launches with a 60-second brand anthem spot featuring several moments of kindness and connection, such as one man passing a baby’s toy back to the baby’s mother and another person handing napkins to someone with coffee. Here is a link.

The campaign will be supported with a 30-second TV ad, as well as 15-second online videos. Media is running across TV, radio (terrestrial and streaming), online video, out of home, digital display and online (landing page) across Huntington’s key markets in the Midwest (Ohio, Michigan, Wisconsin, Indianapolis, Illinois [Chicago], as well as Pennsylvania [Pittsburgh].

Looking forward, the campaign will introduce a second message that demonstrates products built around Huntington’s mission to “Look Out For Each Other,” adding further context and additional meaning to this brand campaign.

"The hope with this spot is that it will actually break through the clutter, since it’s honestly a great message," says Gregg Nelson, senior vice president, creative director, Arnold Worldwide.

"And not just a great message for a bank to come out with, but a great message in general. The idea that just doing a little something for someone can cause a domino effect that could eventually change the world is a big idea. Whether there was a Huntington Bank logo on the end or not, it’s a spot that we felt good about making and getting out there,” Nelson adds.