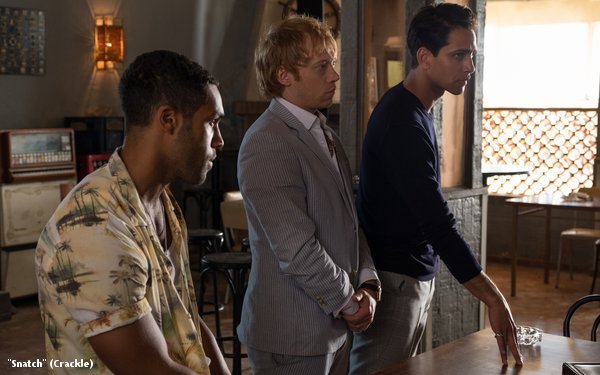 Among connected TV devices, the video game console reigns supreme. Sony’s own Crackle video platform is embracing its gaming lineage as it seeks to woo millennials to its service -- a free option in a sea of subscriptions.

For the company’s upfront, it is pitching a “console-first” message.

“[We] feel that if you get it right for the console, you get it right for a larger audience,” said Sony Pictures Television Networks chief digital officer and Sony Crackle general manager Eric Berger, speaking to reporters Tuesday. Berger laid out a strategy where the company focuses on “the console first, and then cascades out to remaining devices and segments,” including connected TV boxes, smart TVs, and finally mobile devices.

The problem for streaming video brands not named Netflix, Hulu or YouTube right now is that consumers have a glut of content. Any player that is not already a market leader needs to fight to stand out.

Sony Crackle is hoping that by leveraging super-premium, long-form content (including original movies and TV shows, as well as library content), with a free model, it can crack that code. Berger says Crackle has an install base of more than 100 million, placing it far ahead of most other free streaming services.

Focusing on free also means that Crackle is among the largest players for advertisers seeking to reach consumers primarily getting their content through streaming.

"Viewers are faced with an overload and need clear options when it comes to an OTT service,” Berger said. “With a choice like free, combined with the compelling originals, Sony Crackle and its advertising partners have a significant advantage in a very crowded landscape.”

The company is hoping to leverage that scale with a partnership with Nielsen Marketing Cloud, which will analyze and track the data from the company’s streaming viewership.

The company also has an OTT ad network, the Sony Crackle Plus Network, which includes Crackle, PlayStation Vue TV, free streaming service Pluto TV, and Funimation, among others.

“We can offer brands something that they crave but can't get at scale from traditional linear content on television, and that’s addressable targeting around households and behavioral segments on all platforms,” Berger said.

With regard to its programming, Sony Crackle is expanding its original offerings, and is diving into both the unscripted and esports genres for the first time.

In unscripted, Embassy Row Productions will produce a short-form daily series tied to this year’s World Cup, and it will produce a new series in partnership with the esports firm NRG. The company also announce five new original scripted series in development, including a spinoff of the movie “Limitless,” and renewed freshman series “The Oath” for a second season.