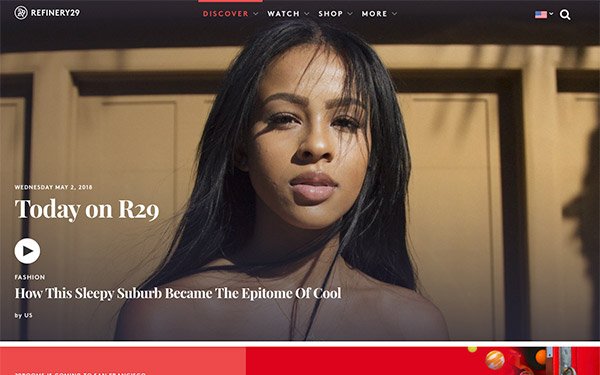 The biggest news of the lively performance: Refinery29 is launching a dedicated over-the-top streaming channel called Channel29 in the fourth quarter. Available on smart TVs and Refinery29's digital platforms, the channel will be for “young, progressive female stories,” COO Sarah Personette said.

Refinery29 will also expand its brand to Canada and France (it is already in the UK and Germany), though it was not clear what the expansion entailed.

The company pans to go global with its popular experiential event 29Rooms, but will first bring it to San Francisco and Chicago this year, in addition to New York and Los Angeles.

Refinery29 announced the upcoming launch of “Beauty and the Beats,” which executive creative director and Refinery29 co-founder Piera Gelardi described as a “mobile, virtual reality DJ battle. It will be like a dance party that can go anywhere,” she said.

Filled with flashing disco lights, blasting hip-hop hits and enthusiastic cheers from the crowd, Refinery29 unleashed a show that felt part dance club and part activist rally, championing self-confidence, body positivity, LGBTQ and diversity representation and pride, and the power of being a woman today.

Women are 50% of the population and control 85% of purchase decisions, Personette said. Over the next decade, it is estimated women will control two-thirds of consumer global wealth.

Refinery29 announced 10 new and six returning digital video series, some in partnership with companies and brands.

“Pay No Attention” is a new scripted dramedy starring Vivian Bang as a nuanced, Asian female character, while “America the Beautiful” features Michaela Angela Davis focusing on the political, cultural and economic power of black women in cities nationwide.

“Pride” will be a six-party documentary series by producer Christine Vachon that focuses entirely on LGBTQ struggles and the movement for equality, a first in the industry, she said.

Refinery29 will team up with CBS News ahead of the 2018 midterm elections on a survey on millennial women that will become a series called "The Secret Political Lives of American Women."

“Shady” is a new investigative series looking into counterfeit cosmetics and “World Wide Wed” will focus on multicultural couples who combine their traditions to create unique wedding ceremonies. “Style Out There” will showcase unusual fashion styles around the world.

The NewFront presentation culminated in a colorful and energetic performance by hip-hop artist Lizzo, who is the star of podcast “Good as Hell” on Spotify, as part of a collaboration with Refinery29.