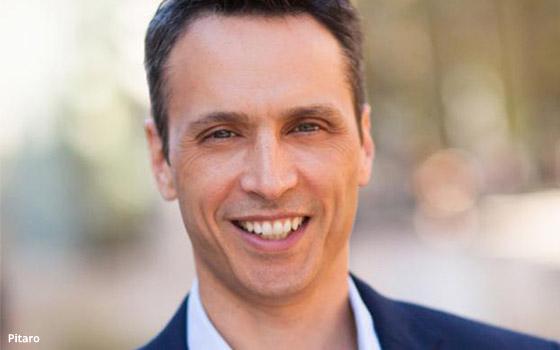 ESPN president Jimmy Pitaro, only two months into the job, opened his channel’s upfront presentation in New York on Tuesday by saying that the sports giant is in the early stages of the “most exciting chapter in our amazing story.”

The star of that story? The sports, of course. But the future of the company seems pinned to ESPN+, the premium subscription service that lives in the company’s website and apps.

ESPN+ is “quite frankly, the beginning of a brand-new era for us,” Pitaro said on stage.

He elaborated on that sentiment during an interview with reporters after the show.

Pitaro recalled a town hall with ESPN staff he held shortly after joining the channel, when he said his company priorities were "innovation, quality storytelling and programming, audience expansion and direct-to-consumer.”

And, "as I think about the next phase of innovation for ESPN, I would start with direct to consumer, and making sure that ESPN+ is a success,” Pitaro said, adding that the company is focused on two components: the product and how it it works on a technical level, and the content.

“We are going to be investing aggressively on the content side for ESPN+.” He added. “That is a huge priority of ours, in terms of identifying new rights that we think will add value to that platform.”

Considering that most major sports rights are locked up in long-term deals, where will that content come from? Pitaro mentioned the recent deal with UFC as an example.

“We will focus on rights that appeal to our core [audience], but also focus on rights that will resonate with a younger generation. We have a deal with Top Rank boxing, we now have the UFC partnership,” he said. “Combat sports in general is interesting to us, and we are pretty confident that we are and will continue to be the destination for combat sports.”

Pitaro said there are two key constituencies for the ESPN+ app, namely “die-hard, passionate, hardcore sports fan[s],” as well as “the sports fan that has felt somewhat underserved by what is on linear television because his or her favorite team or favorite sport is not being covered.”

Pitaro declined to delve into the numbers for ESPN+, but said that principals were happy with its progress so far, and that the conversion rate from free trials to paying subscribers was high.

Beyond DTC, Pitaro also weighed in on Monday’s Supreme Court ruling, which will pave the way for sports betting to be legalized across the country.

“The space is interesting to us, especially from a programming perspective,” he said.

“Going forward, we are going to look at where we can find more opportunities, but it will be something we will be thoughtful about,” added Connor Schell, ESPN's executive vice president of content for ESPN.