Dentsu To Cannes: We Think Up AI, Therefore We Are 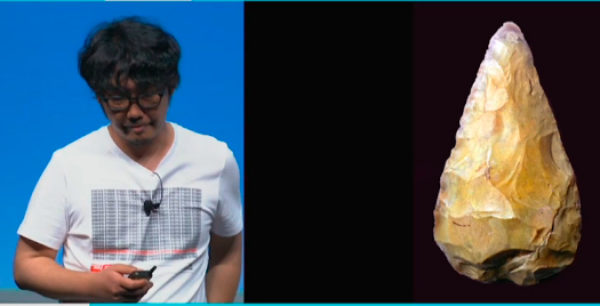 That, more or less, was the takeaway from Dentsu’s “Androids, AI and the Future Presentation” during the opening day of the Festival of Creativity in Cannes, France.

Or, as Kei Wakabayashi, editor of Blkswn Publishers, explained during the session, humans create new technology, in part, to understand what it is to be human.

“When a digital book comes out, you get to think about what a book was in the first place,” he explained, adding rhetorically: “What was the value of physical books?

“I think that goes the same with AI. Something like AI comes along and it really makes you think about what really human or even consciousness was really about. That’s the beauty of new technology -- it gives you a new view.”

Wakabayashi straddled a utopian and dystopian line during the panel, using historical references, including some of media visionary Marshall McLuhan’s most prescient insights to explain the cusp we are on vis a vis the next generation of AI.

He cited examples of some of the oldest preserved human-made artifacts -- 250,000-year-old stone hand axes -- which he said were in pristine condition and never actually used, raising the question why people made them in the first place.

“Until recently, this was considered a tool for cutting meat and plants so we could eat and digest more easily,” Wakabayashi explained, adding, “Every one of them has no sign of being used.”

He then cited recent studies suggestion our “ancestors made these tools not for productivity, but they just wanted to make something beautiful.”

He specualted the same is true of modern humans who are making robots and AI “for the joy of making it.”

Citing one of McLuhan’s precepts about media innovation, he said we may not know how those technologies will shape us until after we’ve made them. 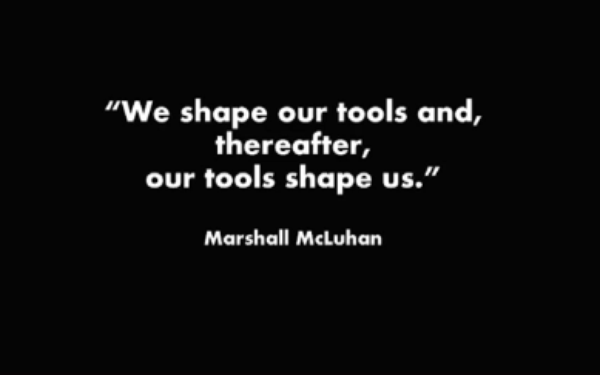 Dentsu’s Yonezawa made the case that the best use cases for AI are ones involving man-machine interactions, and that when used properly, AI will free humans up for higher order functions only (or best) done by humans.

She cited an example of cancer screening, which humans can process with 96% accuracy, but AI-enabled machines can only achieve 92% rates of accuracy. When used together, man-machine screening goes up to a 99.5% rate of accuracy.

She said Dentsu is investing in AI technology because AI can process data and perform routinized functions much more efficiently than humans and it can potentially extend human intelligence to “unlimited possibilities.”

She said the ad agency and media holding company is developing applications to enhance “entertainment, sports, history, pop culture and so on” and said we are currently in the process of “restructuring humanity.”

She concluded by advising agency executives attending the session to “find work that only us humans at agencies can do.” 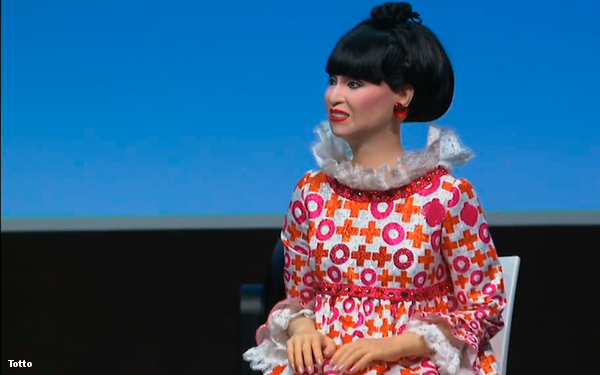