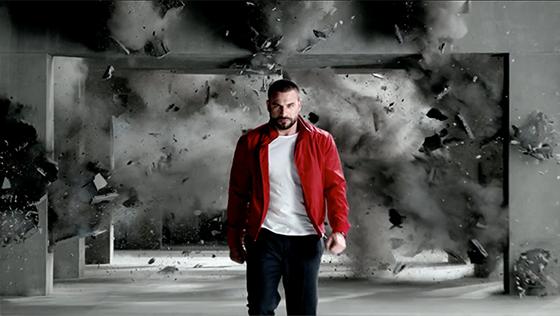 Telemundo is airing a new consumer brand campaign during the 2018 FIFA World Cup broadcast from Russia. Its first promo — a 60-second video featuring a number of Telemundo actors, hosts and anchors — aired on Sunday, during the Mexico vs. Germany game.

This is the first year NBCUniversal’s TV network has the Spanish-language rights to broadcast the FIFA World Cup; it will hold those rights through 2026.

“With all of the exciting changes happening at Telemundo, we knew it was time for an updated expression of our brand. One that stays true to our core values and sets the course for where we’re heading,” stated Karen Barroeta, senior vice president of marketing-creative at Telemundo Networks.

This is Telemundo’s first consumer-facing brand campaign since 2012.

“We wanted to keep the elements of Telemundo that our audiences love and evolve to a bolder, more modern expression that reflects what Telemundo means to viewers now,” Barroeta added.

The campaign revolves around the theme “Together Unstoppable.” Andres Cantor, the Argentine sportscaster known for his iconic, echoing “goal!” yell, makes an appearance in the 60-second promo, kicking a red and black soccer ball.

Later in the summer, a new graphic package will roll out, as will additional promotional spots across day-time and prime-time programming.

Telemundo says the campaign launches as the network embarks on “a number of multi-year investments in original content, infrastructure and talent — both in front and behind the cameras.” The language of the campaign “embodies Telemundo's new voice and the spirit of today’s Latino,” per the company.

The promo has Telemundo personalities saying phrases like: “Overcome your limits,” “Let your voice be heard” and “Together, we are unstoppable.”

TV advertising revenue for all World Cup TV networks for the month-long World Cup is expected to pull in nearly $600 million. Sponsors and advertisers include Coca-Cola, Sprint, Volkswagen, Anheuser-Busch InBev, McDonald's and Adidas.