Havas Group Unveils Part II Of Its 'Together' Strategy 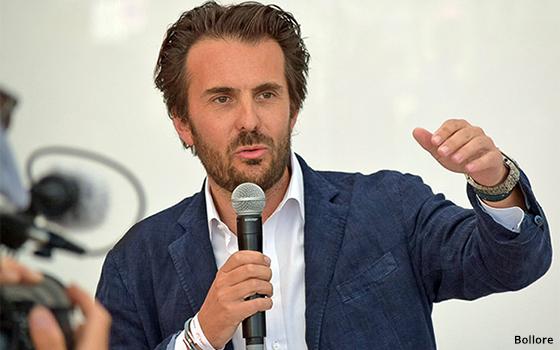 Yannick Bollore, CEO, Havas Group, took to the stage at the Havas Cafe outside of the Majestic hotel Thursday morning in Cannes to announce several new initiatives comprising the second part of its silo-busting “Together” strategy that was unveiled several years ago.

The concept is anchored by its “Village” hubs in key markets, where all or most of the groups agencies and specialist firms are housed in a single campus.

The main idea is to facilitate greater collaboration among Havas units to optimize client service.

More than 50% of the holding company operations are now grouped collectively in hubs around the world and Bollore said the result has been the addition of up to 20 new clients.

Now the Annex, the Group’s cultural and entertainment practice that works closely with sibling Universal Music Group and Vivendi, will open an office in Atlanta to handle all of Coca-Cola's social media accounts. “Clearly this cultural-centric hub represents what we can do the best with Vivendi,” Bollore says, adding that this partnership is becoming "even more important, even more defining."

The Annex is also expanding to Los Angeles, and a new Annex/Vivendi Village will open in New York.

Separately, all customer relationship management (CRM) teams will now be grouped together under an expanded Helia network. The name references the sun in Greek, which serves as the center of everything.

The Group is also realigning its experiential operations into one entity, Havas Events International network, with four global offices in Shanghai, New York, Milan, and Paris.

These moves are driven by holding company research that finds consumers expect "meaningful" connections with brands. Three in four brands (74%) could disappear without anyone caring, and 60% of content provided by brands is not meaningful to consumers, per the research.

"It's important to think about advertising differently," Bollore says.

At the briefing Bollore was asked what he thought about Publicis Groupe’s new internal AI-supported communication system Marcel. “We have received mixed feedback,” he responded. “As I'm sure you have too.” He noted that Havas “has a lot of tools to share information.

"Let's not try to reinvent the wheel," says Bollore. "Our industry is always trying to, [but] we don't need to reinvent things that have existed for 20 years."