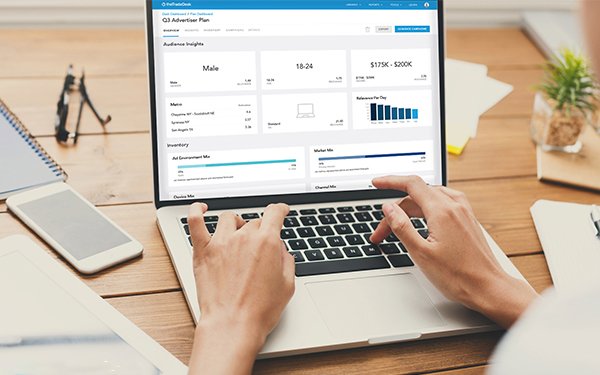 Ad-tech company The Trade Desk launched new products and modeling tools on Tuesday to help marketers address industry challenges such as spending too much time determining why campaigns stop initiating media buys due to poor performance.

"The cost of having to figure out why the campaign isn't spending is really high because you spend valuable time mining for insights and optimizing campaigns to drive up performance," said Kathleen Comer, vice president of client services at The Trade Desk.

While marketers should not get caught up in the company’s naming jargon, The Trade Desk’s new tools are intended to usher the company and its clients — advertisers and agencies — into the next wave of artificial intelligence. Those tools include an AI engine called “Koa,” which drives Planner, the new data-driven planning tool, and Megagon, the new user interface that provides recommendations and insights in real-time.

Another interesting concept that Comer calls "RAM" -- remaining addressable markets -- creates a scale from one to 100 and helps marketers to determine the reasons why the campaign will not scale, as well as predicting how many more impressions will serve up to a consumer who might make a purchase.

Comer calls the RAM scale a "sophisticated version of forecasting" because "it's really difficult to predict how many more impressions you will see on an 18- to-24-year-old male in Oregon looking for a new pair of Nike shoes in the next hour or in the next day or in the next week."

Helping to inform these decisions, about nine million impressions per second worldwide are generated from media such as audio, native, video, mobile, display, connected TV and more.

The technology, which supports programmatic buying, took nearly two years to develop. Comer said a “significant” portion of the development team worked on the release.

The platform, developed from advertiser feedback, allows users to plan and activate cross-channel campaigns that identify high-value opportunities before spending a single dollar in-market. It also provides visibility into the impact on scope and spend for every optimization made. That data helps to make better recommendations.

“Agency planning and execution teams within agencies are working together more often and they are starting to ask what can they learn about programmatic to inform the way campaign are planned,” Comer said.

In Planner, advertisers can use the data to target based on geography such as city or country, as well as audience and pre-bid solutions such as IAS and DoubleVerify.