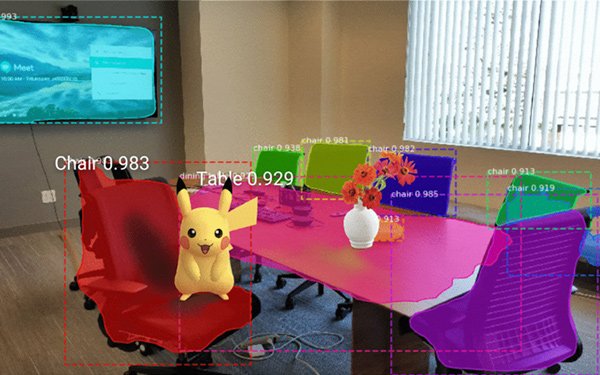 The venture introduces a new cross-platform AR technology for high-performance, shared AR experiences, such as in multi-player games. The Niantic Real World Platform is an operating system that bridges the physical and digital worlds, changing the way computers see the world.

The new capability will let AR objects interact with real-world objects in unique ways, such as having AR characters step in front of objects, run past them or jump on them, as demonstrated in a Niantic video, which shows a Pikachu weaving through and around different objects in the physical world and even hiding behind things.

Niantic will be selecting a small number of third-party developers to start working with the new tools later this year.

“Advanced AR requires an understanding of not just how the world looks, but also what it means: what objects are present in a given space, what those objects are doing, and how they are related to each other, if at all,” states the acquisition announcement by Niantic. “The Niantic Real World Platform is building towards contextual computer vision.”