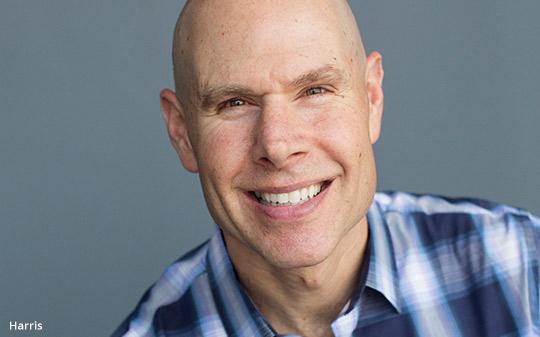 Richard Harris, who started on Monday as the new CEO of SparkPost, barely knows where the coffee machine is. But he already has some broad goals for the email API service provider.

Instead of only developing more front-end marketing solutions or moving across platforms, as companies tend to do, he wants to look at a “third vector” — the use of data to fuel customer interaction.

At Oracle, where Harris previously served as group vice president of that firm’s data cloud business, “we were very good at collecting massive amounts of data and drawing valuable insights from data to drive real value for our clients,” he says.

The email business could use such help, he adds.

“My sense is that in terms of leveraging data to drive higher email engagement, higher open rates, and a better experience for customers, email is a little behind where digital advertising is,” he argues.

Email has an advantage over digital advertising, however — that the person is “already a customer, particularly if it’s more transactional,” Harris says — people have opted in and it’s easier in to engage people.

However, “it’s getting harder,” he observes. “People are using Slack and text, so email in general is competing with a lot of ways of communicating.”

Harris, who is now doing a “deep-dive analysis” of SparkPost and the email market, is joining a profitable company with revenue in the tens of millions of dollars. It has 188 employees and offices in Columbia, MD, San Francisco and the UK.

On Monday, the day he started, Harris held company-wide town hall. He answered questions, ranging from what kind of bike he rides to whether he will bring in senior people whom he has worked with before.

According to Harris, his own hire has been in discussion or several months. Outgoing SparkPost CEO Phillip Merrick, who specializes in startups, had approached the board, saying he had brought the company to a certain stage and that maybe it was time for him to focus on earlier-stage companies

Harris had become CEO of AddThis at a similar point leading the firm through second-stage growth and its acquisition by Oracle. David Reuter, who had been analyzing AddThis and serves on the SparkPost board, approached him. Harris shortly met SparkPost founder George Schlossnagle, and the two hit it off.

What’s in the future for SparkPost?

Harris says he wants to build this “very good company” into a great, best-of-breed company. And when that is done, options may start to present themselves, whether an M&A or IPO. Not there is any set goal — or need — at this point.