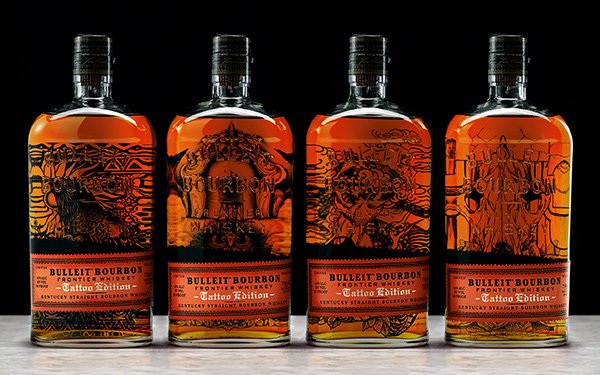 The bourbon maker teamed with tattoo artists to create four different tattoo designs on the Bulleit bottle, the first time the Bulleit Bourbon bottle has been altered.

Each bottle contains a scannable QR code, which triggers the AR experience, bringing each design to life digitally.

"I've always thought the Bulleit bottle was badass because of its unique shape and iconic design," stated artist Shawn Barber. "Putting my own unique spin on it was a fun challenge because I didn't want to mess with the style, but did want to share what LA means to me through my art."

"These artists are some of the most talented people I've ever met," stated Ed Bello, brand director for Bulleit, a Diageo company.