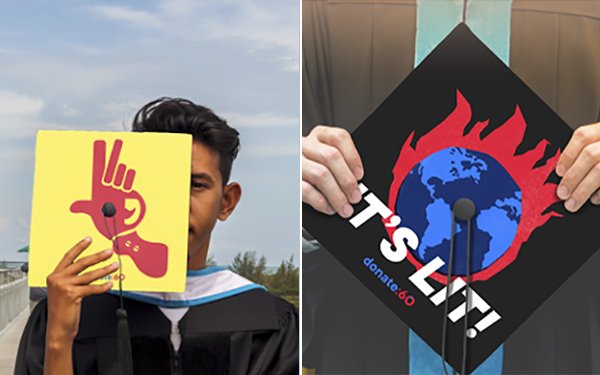 Setting competition aside, 17 agencies have joined forces to create a new cause-related coalition dubbed Potential Energy. A key focus is raising awareness about climate change, but other issues may be addressed as well.

The nonprofit coalition was first incubated by the creative consultancy Lippincott and its chief strategy officer John Marshall in partnership with the director of the Harvard Center for the Environment, Dan Schrag.

Lippincott hosted a kickoff event in July 2017 in New York where senior agency execs met with climate scientists to better understand the challenge and how "we, as an industry, could be most impactful," says Marshall. "Coming out of the session, the coalition developed a series of briefs that were shared with the agencies. Agencies then volunteered for the briefs they felt their teams were best suited to tackle, with multiple agencies partnering on each brief."

Potential Energy launched its first initiative in May 2018 with Donate:60, a student-organized nationwide campaign asking valedictorians and class leaders to donate sixty seconds of their commencement speech to the issues that matter most to their generation: action on climate change, safety from gun violence and equality across race, gender and sexual orientation. More than 250 students heeded the call to action spanning 136 cities in 24 states.

The agencies developed a digital-focused campaign that leveraged social media to amplify the message of #donate60seconds.

One key insight driving the campaign was Barton Graf's research that revealed messaging needed to treat kids not as “kids” but as the powerful force that they really are. "We understood that developing one specific message wasn’t going to resonate but rather we needed to create a platform that inspired students to share on their own terms," says Gerry Graf, founder/chief creative officer, Barton Graf, explaining that the coalition provided the resources to let students "truly own the moment." The speech was created as an open source document, co-created by various students, so each had an opportunity to highlight their priorities and the issues, he says. "We wanted the students to have as much autonomy in the process as possible in order for it to really mean something.”

Looking forward, Project Energy will work with other nonprofit partners such as the Alliance for Climate Education, The Brady Campaign and Women’s March Youth EMPOWER to help get their respective messages heard more broadly.

"From our vantage point as marketers, we believe America is close to a tipping point and we want to do whatever we can to get the right message out there," says Marshall, adding that although the group was "selective" in inviting its 17 participating agencies, "we hope to continue to build out the coalition with new talent and perspectives."