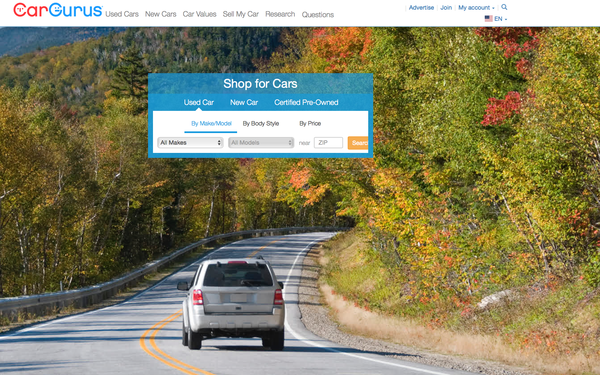 Share of search for new cars held mostly steady on CarGurus.com for July compared to June except for a jump of .4 percentage points for Fiat Chrysler Automobiles.

CarGurus looked at search and buyer interest for the major automakers as they get prepare to announce their July sales. Analysts at car-shopping website Edmunds forecast industry-wide monthly sales of nearly 1.38 million new cars, trucks and SUVs. That would mark a 2.3% drop compared to July 2017, which benefited from one extra selling day.

"Looking at the data, it was surprising to see that buyer interest for new Crossover/SUVs were down 1.4 percentage points year-over-year,” CarGurus Data Analyst Lisa Rosenberg tells Marketing Daily. “It looks like that interest shifted towards pickup trucks and this is likely because the interior of newer pickup truck models is starting to feel more like SUVs."