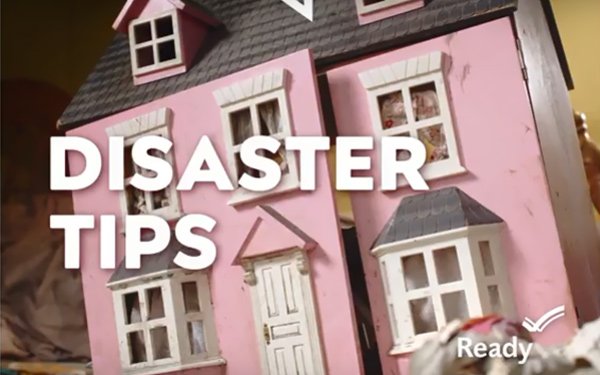 The Federal Emergency Management Agency (FEMA) is relying on the Ad Council's network to raise awareness for September's National Preparedness Month to encourage families to prepare for crisis.

This year, Facebook’s Creative Shop is responsible for much of the ad content that includes a series of animated videos featuring objects left behind after disasters.

Voiceover actors pretend to be piggy banks, family photos, and dolls as the narrative encourages families to be prepared by scanning documents and having insurance.

This is the first year that Facebook's in-house shop worked with the Ad Council on the campaign’s national Ready broadcast assets.

The ads in the campaign drive people to Ready.gov. However, the Facebook ads are designed to direct visitors to more relevant pages of Ready.gov, such as the pets-preparedness page, tech ready page, and the financial preparedness page, among others.

These unique aspect-of-preparedness pages will also be showcased more heavily during each week in September, with the first seven days preparing people to make and practice plans. The last week helps people save for emergencies.

The Ad Council has been orchestrating the Ready Campaign for 15-plus years. In that time, $1.6 billion in donated media has driven more than 100 million visits to the campaign’s website.