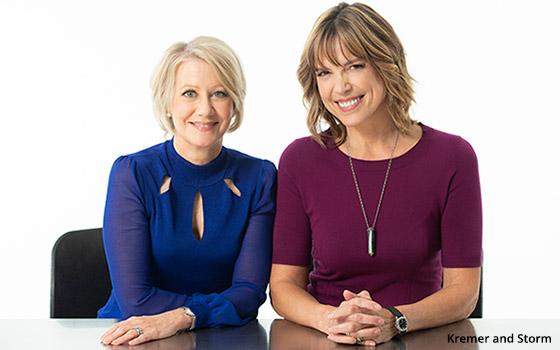 Amazon is planning a significant change to its streaming simulcast of NFL “Thursday Night Football” this coming season.

The technology giant will allow viewers of its 11 “TNF” games to choose their own audio feed, including commentary that will be produced exclusively for Amazon.

While Amazon customers will still be able to listen to the Fox feed hosted by Joe Buck and Troy Aikman, Amazon will also produce three exclusive audio streams of its own.

The main Amazon stream will be hosted by Andrea Kremer and Hannah Storm. Kremer is currently a correspondent for NFL Network and HBO’s “Real Sports,” while Storm is an anchor for ESPN’s “SportsCenter.”

Amazon says the duo will be the first all-female team to call an entire NFL game together.

Amazon will also produce its own Spanish-language audio commentary, and a U.K. English-Language broadcast team. Users will be able to choose what audio commentary they want in the video player.

Storm and Kremer are well-known names in their own right, and the U.K. broadcast booth may be unique enough to warrant exploring by viewers.

As technology companies like Amazon, Google and Facebook add to their live sports rights libraries, catching up to TV in terms of production quality will become even more important.

Amazon’s commentary strategy shows how technology companies can produce games, a way TV companies of old haven’t implemented yet. (There has been some experimentation in recent years with “home” and “away” announcer booths, letting consumers deice which to watch.)

Four different broadcast booths could also mean multiple advertising opportunities. While the in-game commercial breaks may be the same, readouts from announcers could take on new meaning in such an environment.