Sridhar Ramaswamy, who led Google’s advertising business for the past 15 years, has stepped down to become a general partner at Greylock Partners.

Prabhakar Raghavan, formerly a vice president of engineering for Google's Cloud apps, replaces him on Friday, the company said.

Raghavan, a veteran in search and artificial intelligence, will oversee product and engineering. His home page at Stanford describes him as a book coauthor and chair for the board of trustees of the International Computer Science Institute and co-chair of the scientific advisory board for the Simons Institute at Berkeley.

Investors Asheem Chandna and Reid Hoffman announced Ramaswamy's arrival in a blog post on Greylock’s site. “We’ve been hoping to work with Sridhar for many years,” the two wrote.

"I have been extremely privileged to have spent the past 15 years at Google, where I focused on starting and scaling new businesses and platforms," Ramaswamy wrote in Greylock's post. "I have always been drawn to earlier stage entrepreneurial projects and becoming a venture partner at Greylock is an exceptional way to explore these types of opportunities."

During this time, Sridhar helped Google’s business grow to millions of advertisers and publishers, and built the advertising team from dozens of people to thousands. He also spearheaded the development of new and innovative businesses in shopping ads, travel, mobile, video ads, and app install ads that have contributed billions of dollars of revenue to Google and led the team successfully through several major pivots including the one from desktop to mobile, the two wrote in the post. 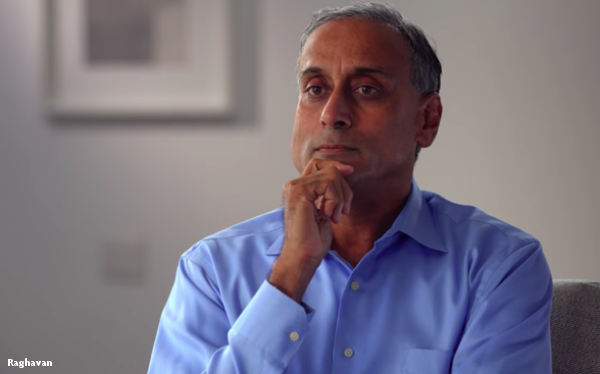