Companies Partner To Succeed In The Internet Of Things 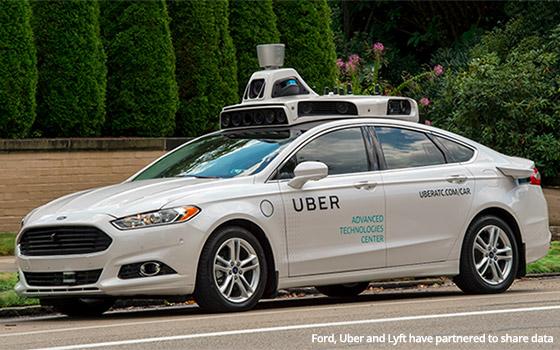 The Internet of Things is so vast and encompassing that companies involved can’t afford to go it alone.

As a result, there’s a lot of teaming going on and it involves major brands.

For example, Ford, Uber and Lyft have teamed, agreeing to share data on a new platform to help cities create future roadmaps for the evolution of cities.

Meanwhile, BMW and Car2Go merged to push ahead in the car-sharing future, in order to compete with Uber and Didi.

While the development of connected and autonomous vehicles is one of the higher-cost IoT initiatives, it’s not the only IoT area where companies are working together.

In smart cities, Samsung and AT&T have partnered to test the new 5G mobile speeds in an “innovation zone” to create the smart factory of the future.

In virtual reality, AT&T made a strategic investment in Magic Leap, which is working on a lightweight wearable computer and GV, formerly Google Ventures, invested in Scandit, a company with technology used in smart glasses and which plans to bring IoT to everyday objects.

In retail, Walmart has partnered with Microsoft to accelerate the retailer’s digital transformation, Google invested in JD.com for its retail ecosystem and Kroger partnered with Nuro for delivery of groceries in self-driving vehicles.

There are many more, but you get the idea.

The Internet of Things is complex. The smart company strategy is determining where it fits within the IoT ecosystem rather than trying to compete with it.

automotive, google, iot, microsoft
4 comments about "Companies Partner To Succeed In The Internet Of Things".
Check to receive email when comments are posted.
Read more comments >
Next story loading