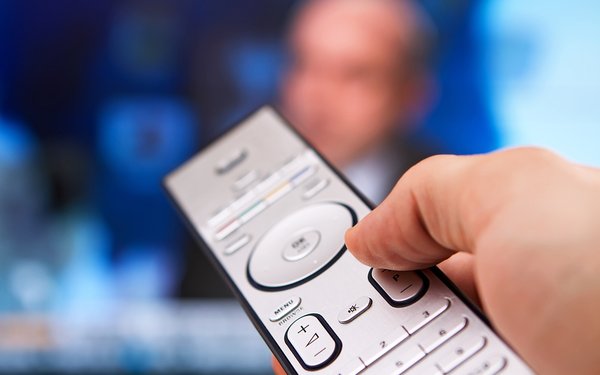 The first week of the new TV season shows overall total day broadcast viewership among 18-49 viewers down 8% versus a year ago, when prime-time viewership was 6% lower.

From September 24 through September 30, MoffettNathanson Research says NBC was down 10%, while CBS lost 16% and ABC was off 6%. Fox was the lone gainer, up 12% -- largely due to additional prime-time NFL games from “Thursday Night Football.”

Analyzing just prime time among 18-49 viewers, Bernstein Research says the range of winners and losers was more dramatic: Fox was up 36%, while NBC was down 6%, ABC lost 10% and CBS sank 21%. CBS' decline was due to the lack of big ratings from “Thursday Night Football.”

Still, for the first two weeks of the season through October 7, CBS and NBC are neck and neck for the top spot in total broadcast viewers.

NBC posted an average 7.69 million viewers. CBS was just a bit behind at 7.61 million, according to Nielsen data from September 23 through October 7. Fox was at 5.68 million and ABC at 5.1 million viewers.

Although Fox benefited from its new broadcast exclusive package of the “Thursday Night Football” series, a number of its first-week premieres were down, including “Empire,” “Star,” “Bob’s Burgers” and “Family Guy” -- declining anywhere from 8% to 22% versus a year ago.

One positive from Fox's scripted programming is “The Simpsons” premiere, which yielded flat results versus a year ago.

MoffettNathanson Research says through the first week of the new season, cable networks groups are down a collective 13%.