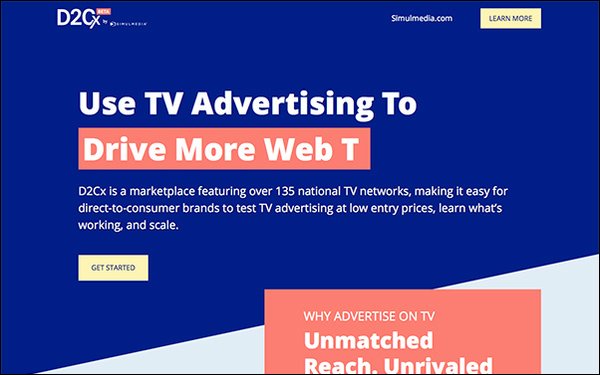 Simulmedia, the TV ad technology company, is launching a marketplace for direct-to-consumer marketers.

Simulmedia says the new direct-to-consumer marketplace will provide a single point of access with transparency on outcomes, fees, supplier media and data costs. In addition, it will give media sellers a new, “non-conflicting sales channel with which they can gate their media based on customer and price.”

The company says it will give DTC marketers key return-on-media investment metrics.

More importantly, it provides scale they have not achieved with digital media.

Morgan said: “They have been massively underserved by how TV is bought and sold today, a system built for the P&Gs and General Motors of the world, not the Caspers and Pelotons.”