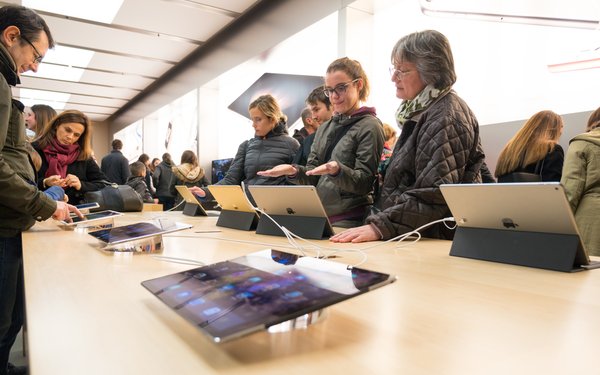 The number of tablets shipped fell from 40 million to 36 million devices a year earlier. This follows another IDC report on smartphone shipments declining 6% from the previous year, the fourth consecutive quarter of year-over-year declines for the global smartphone market.

"The tablet market is more like the traditional PC market than ever before," stated Jitesh Ubrani, senior research analyst at IDC. "Not only do these markets move in sync with each other, but the decreasing margins and overall decline, particularly in slate tablets, has led to the top five companies capturing a larger share as many small vendors have exited the space or simply treat the tablet market with a much lower priority. Even among the top five, it is essentially Apple and to a lesser extent Samsung that continue to invest heavily in product innovation and marketing. This has helped the two companies to set themselves apart from the rest."