Tim Berners-Lee's Startup To Decentralize The Web, Take Power From Google And Facebook 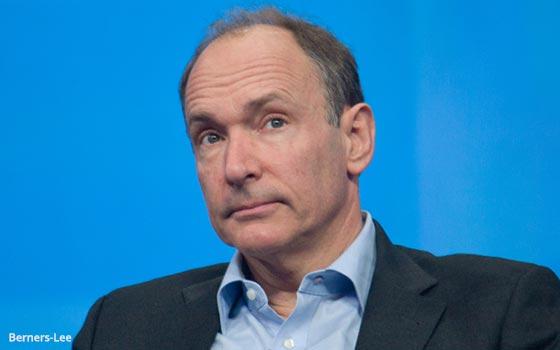 The inventor of the World Wide Web, Tim Berners-Lee, spoke Monday at a summit in Lisbon about his push to support a new “contract for the web” and a newly launched startup, Inrupt, whose engineers are building the open-source platform called “Solid.”

The Solid platform aims to “reset the balance of power on the web and reignite its true potential” through decentralization. It will allow users to choose where their data is kept, along with who can see and access it.

“It allows you, your family and colleagues, to link and share data with anyone,” Berners-Lee wrote in a blog post. “It allows people to look at the same data with different apps at the same time.”

Solid intends to allow users to bypass Google and Facebook, which he estimates has a direct influence of nearly three-quarters of all internet traffic based on apps and services they own such as Google Search, YouTube and Instagram.

The world is at the threshold of a 50/50 moment, where about half of the world will be online by 2019. Supporting this growth, he also introduced the “contract for the web,” a movement that calls on governments, companies and people to help protect the open web as a place for public good and basic right for all.

“Privacy is one of the most fundamental rights,” he said. “And we will fight, fight, fight for it.”

In September, Berners-Lee announced his sabbatical from MIT, where he worked as a professor, and reduced his day-to-day involvement with the World Wide Web Consortium (W3C) to develop the company Inrupt, where he plans to guide the next stage of the web.

“Its mission is to provide commercial energy and an ecosystem to help protect the integrity and quality of the new web built on Solid,” he wrote, voicing his disappointed with the current state of the Web.